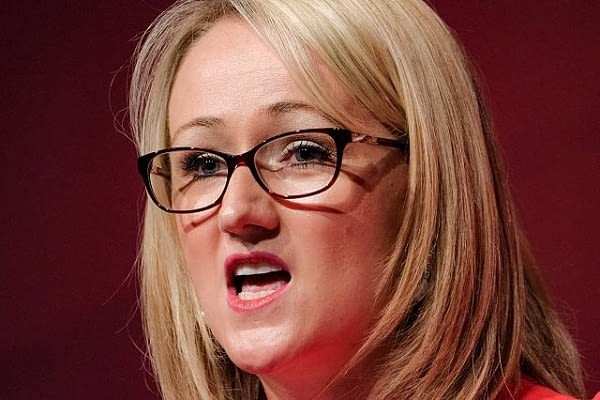 Labour leader Sir Keir Starmer has sacked Rebecca Long-Bailey after she shared an article that contained an “antisemitic conspiracy theory.”

A spokesman for the Sir Keir said, “This afternoon Keir Starmer asked Rebecca Long-Bailey to step down from the shadow cabinet.

“As Leader of the Labour Party, Keir has been clear that restoring trust with the Jewish community is a number one priority.

“Antisemitism takes many different forms and it is important that we all are vigilant against it.”

This comes as the former Shadow Cabinet Education Secretary, shared on Twitter an interview with actress Maxine Peak and said she is an “absolute diamond.”

This sparked much criticism on social media after she said she, “retweeted Maxine Peake’s article because of her significant achievements and because the thrust of her argument is to stay in the Labour Party.”

Long-Bailey added, “It wasn’t intended to be an endorsement of all aspects of the article.”

After Long-Bailey was kicked out of the Shadow Cabinet, she said in a series of tweets, she shared the article from “my constituent and stalwart Labour Party supporter Maxine Peake.”

Because “its main thrust was anger with the Conservative government’s handling of the current emergency and a call for Labour Party unity.”

Adding, “These are sentiments are shared by everyone in our movement and millions of people in our country.

“I learned that many people were concerned by references to international sharing of training and restraint techniques between police and security forces.

“In no way was my retweet an intention to endorse every part of that article.”

Long-Bailey wanted to “acknowledge these concerns and duly issued a clarification of my retweet,” which was agreed in advance with Sir Keir’s office.

She said, “But after posting I was subsequently instructed to take both this agreed clarification and my original retweet down.

“I could not do this in good conscience without the issuing of a press statement of clarification.

“I had asked to discuss these matters with Keir before agreeing what further action to take, but sadly he had already made his decision.”

She added, “I am clear that I shall continue to support the Labour Party in Parliament under Keir Starmer’s leadership, to represent the people of Salford and Eccles and work towards a more equal, peaceful and sustainable world.”

“This is what rebuilding trust with the Jewish community looks like.”

Boris admits he attended ‘BYOB’ and apologises, but Starmer blasts...