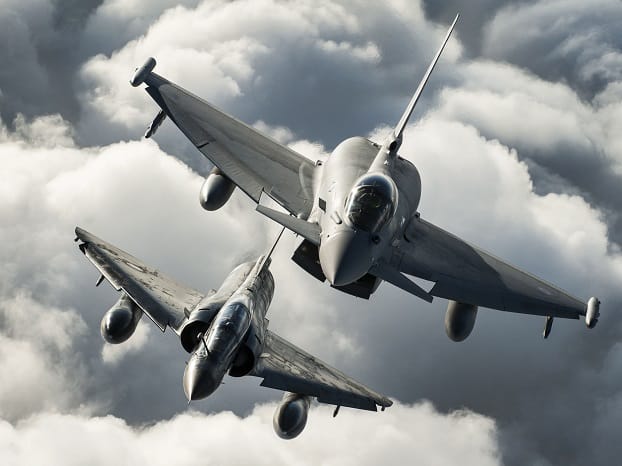 RAF fighter jets were scrambled from RAF Coningsby, Licolnshire and sonic booms were heard over London and Cambridge as they intercepted a private plane.

The private plane had travelled from Germany and lost communicaitons with air traffic controllers, and the plane was then diverted to Stanstead Airport.

Video of the Typhoon ZK357 flying over Stansted Airport after a QRA scramble to escort a aircraft into the airport pic.twitter.com/4AEFfVrzyY

An RAF spokesperson said, “The RAF can confirm Quick Reaction Alert (QRA) Typhoon aircraft were launched this afternoon from RAF Coningsby to intercept a civilian aircraft that had lost communications; subsequently, communications were re-established, the aircraft was intercepted and safely escorted to Stansted.

“The Typhoon aircraft were authorised to transit at supersonic speed for operational reasons.”