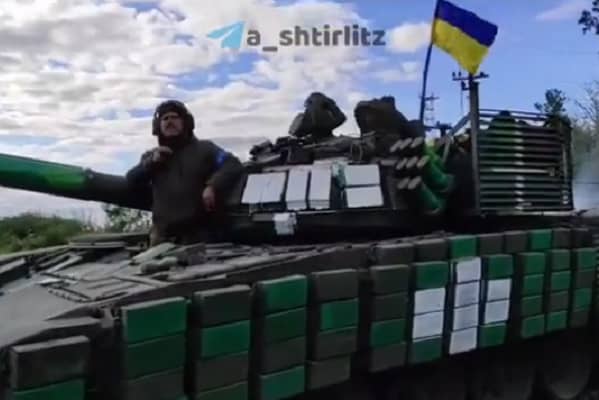 Moscow’s 1st Guards Tank Army (1GTA) has been “severely degraded” which could take years to rebuild, according to an intelligence update by the British Ministry of Defence (MoD).

Vladimir Putin’s elite unit consisted of at least 500 tanks along with other military vehicles and the MoD revealed the truth that the Russian Army are facing.

The MoD described Moscow’s 1st Guards Tank Army as “one of the most prestigious of Russia’s armies” which were designed to lead “counter-attacks in the case of a war with NATO.”

The Telegraph reported that 1GTA were ordered to capture Kyiv and Kharkiv in the early days of the war and the 4th Guards Tank Division failed to isolate Kharkiv and were described as “hesitant and amateurish.”

Kyiv has estimated that 2,175 tanks have been annihilated in the last six months, and in May the 1GTA lost 131 tanks and 409 troops in just 19 days.

The MoD said in their intelligence update, “Elements of the Russian forces withdrawn from Kharkiv Oblast over the last week were from the 1st Guards Tank Army (1 GTA), which are subordinate to the Western Military District (WEMD).

“1 GTA suffered heavy casualties in the initial phase of the invasion and had not been fully reconstituted prior to the Ukrainian counter-offensive in Kharkiv.

“1 GTA had been one of the most prestigious of Russia’s armies, allocated for the defence of Moscow, and intended to lead counter-attacks in the case of a war with NATO.

“It will likely take years for Russia to rebuild this capability.”

He told the BBC, “The Russians have quickly shown that their military is really quite honestly, borderline useless.

“You just can’t perform the way they have in their treatment of civilian populations and expect to be successful on the battlefield. It just doesn’t allow for it.

“Because then doesn’t really reflect the required integral strength of an organisation when it can be so ill-disciplined.”

Rashists are fleeing from Kharkiv Region,throwing away their infantry, equipment, weapons.Near Bayrak,our tankers from the battalion under the command of an officer with the call sign”Alkut"captured a tank and an armored personnel carrier among trophies #ukrainecounteroffensive pic.twitter.com/meBSZz6F8T

Kearney added, “I think there’s a very short window of opportunity, where the Ukrainians might be able to achieve some significant successes against the Russians.

“And this is all predicated on what weather. August is one of the warmest months in Ukraine and the temperature starts to drop from now through December, January, February, the depths of winter.

“But Ukrainians between now and say late October, November, when the rains the temperatures start to drop, do have an opportunity to go ahead and achieve some success, whether that success will be so great as to eject Russian forces from Ukraine I don’t know but that’s their opportunity.”

Justin Crump, a military expert at security consultancy Sybilline, said: “Poor junior leaders, lack of mounted infantry, poor communications, weak integration with artillery and aviation, all added to the ‘wrong mission, wrong mindset’ from the start of the army’s mission.

“It got off on the wrong track and never recovered from there.”