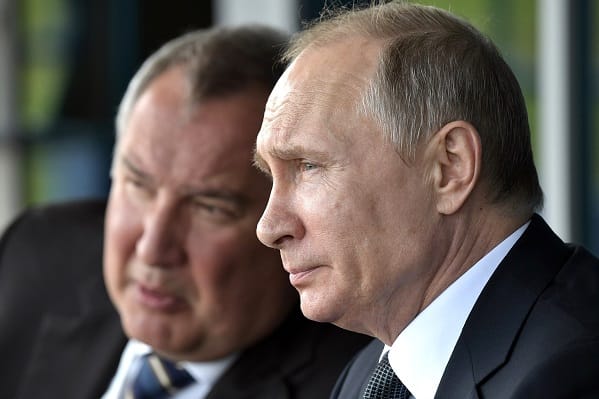 Vladimir Putin has hinted that there could be more invasions of other countries and warned that “you cannot put a fence” around Russia.

Putin appeared in a televised Q&A with young entrepreneurs on Thursday evening and compared the war in Ukraine with the Great Northern War of the early 1700s.

The Russian President said during the Q&A that is “fell to us” to “return” what is Russia’s to strengthen the Russia, which has fueled speculation he could invade more countries that were formally part of the USSR.

The Russian leader said, “Peter the Great waged the Great Northern War for 21 years. It would seem that he was at war with Sweden, he took something from them.

“He did not take anything from them, he returned (what was Russia’s).”

Putin added that when Peter the Great founded the new capital, “no European country recognised it as Russia.

“Everybody recognised it as Sweden.

“What was (Peter) doing? Taking back and reinforcing.

Putin then compared Peter the Great’s campaign with the task facing Russia today, he said, “Apparently, it also fell to us to return (what is Russia’s) and strengthen (the country).

“And if we proceed from the fact that these basic values form the basis of our existence, we will certainly succeed in solving the tasks that we face.”

Putin appeared to leave the door open for further Russian territorial expansion, he said, “It’s impossible — Do you understand? — impossible to build a fence around a country like Russia.

“And we do not intend to build that fence.”