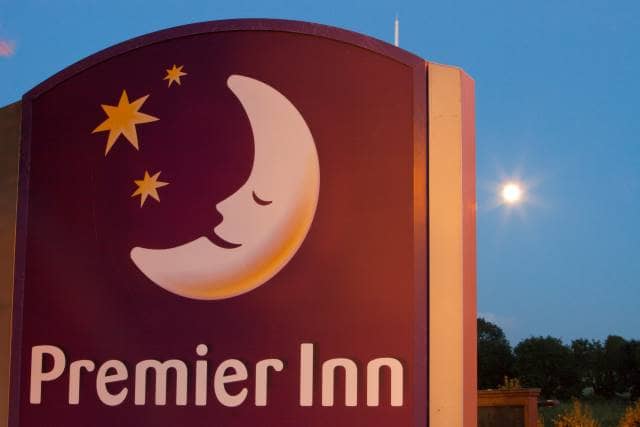 Whitbread, the company that owns the Premier Inn hotel chain, has reported a fall in half-year profits, after business travel in the UK was hit by Brexit uncertainty.

Statutory profit fell 8.1% to £172m in the first half of the year, with revenues pretty much flat at £1bn.

Chief executive Alison Brittain said: “We have delivered a resilient first half profit performance despite challenging market conditions in the UK.

AJ Bell director Russ Mould said: “Shorter-term trading conditions in the UK regional market have been difficult, particularly in the business segment where we have a higher proportion of our revenue, whilst trading in London remained strong.”

“The sale of its Costa Coffee business to Coca-Cola always meant Whitbread’s Premier Inn hotels would be exposed to greater scrutiny.

“So far the business has been uncomfortable with the spotlight. The nature of the operation in the UK, which has a bias towards the regions, is seeing the company lag the wider market. Little wonder first half profit fell.

“The loss of business travel, particularly regionally, is really hurting Premier Inn. Sending staff away on business is a soft option to scale back when firms are steeling themselves to cope with the current uncertainty.

“However, there were some brighter spots as the company looks to execute on its long-term strategy of exploiting its position as the leading player in the UK hotels market and replicate its historic success in Germany.

“To that end, the company is continuing to add German hotel rooms at a decent lick and is seeing positive performance from a new hotel in Hamburg.

“However, its ability to build on this success could be impacted by the economic slowdown in the country.

“Investors will hope innovations such as Premier Plus higher specification rooms can pay off for the business which at least has a strong balance sheet to weather any storms thanks to the proceeds from the Costa deal.”