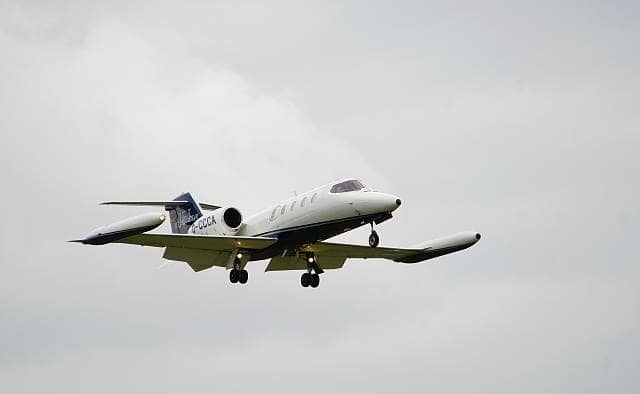 PrivateFly has announced the launch of an exclusive private jet flight price between London Luton and Geneva this ski season (1 December 2018 – 28 February 2019), targeting the popular winter route for both business and leisure travellers – including those looking to travel by private jet for the first time.

The fixed price offer of €6000 applies to flights between London Luton and Geneva, using a Nextant 400XTi private jet, for groups of up to six passengers. This represents over a 30% discount on usual market pricing, which according to the private jet booking service, would be at least £7,500 – £9,000 each way for this or an equivalent aircraft.

For a six-strong group of friends or family flying together, the offer gives a price per person of £877 each way (or £1,753 return). For London to Geneva, this compares to economy seat airline pricing of up to £627 per person one-way on the most expensive peak days over the period, or up to £861 for a business class seat on the same route*.

Customers heading to the slopes can also opt for a private helicopter transfer from Geneva airport, directly to their ski resort, which can save hours of ground transfer time. From Geneva to Meribel for example, this would be £2,080 (working out at an additional £347 per person for a group of six).

Adam Twidell, CEO and co-founder of PrivateFly said, “On-demand pricing between London and Geneva usually fluctuates over the winter, due to lower availability of aircraft. But we are excited to have secured exclusive pricing on a fleet of Nextant 400XTi aircraft for our customers, which will cost €6000 each way – whatever date or time the customer wants to fly.

“We know uncertainty around pricing can be a major barrier to new private jet users entering the market.  By making the price clear and simple and offering this discount for a limited period, we can introduce new customers to business aviation, as well as offering excellent value to those who’ve flown before.

“Despite the discount, there’s no compromise on the usual on-demand customer experience. This is showcasing all the benefits, to give a full taste of what our industry can offer.

“We’re expecting the time-saving factor to be a strong appeal for travellers on short trips or with families. They can be on the slopes in Meribel or Val Thorens in just two hours and 15 minutes after arriving at the airport in London (if adding a helicopter transfer), or under four hours if travelling from Geneva by road. This compares to a best-case scenario of six to seven hours by airline.”