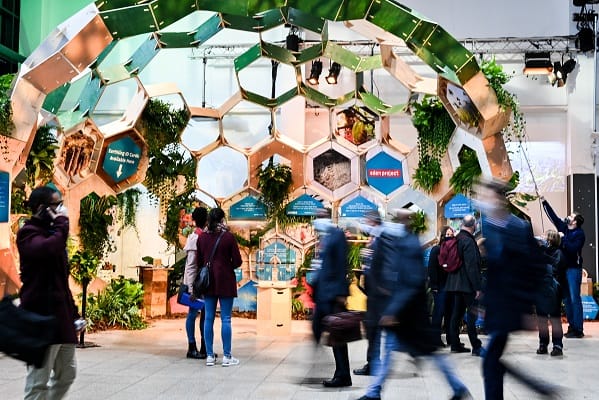 As part of a commitment to triple its support to climate adaptation by 2026, Norway has pledged an additional NOK 100 million (approximately US$9.5 million) contribution of urgently needed climate finance to the UN’s International Fund for Agricultural Development’s (IFAD) today.

The funds will be routed through IFAD’s largest climate adaptation programme to some of the poorest small-scale farmers in developing countries. An agreement was signed between the two parties today at COP27.

As the effects of climate change intensify with devastating floods like those in Pakistan or the historic drought threatening famine in the Horn of Africa –the impact on poor rural communities increases while small-scale farmers struggle to adapt. Failure to support those who produce one-third of the world’s food will compromise food production, worsen global hunger and poverty, and jeopardize political stability.

At COP26 last year in Glasgow, developed countries like Norway committed to double their funding for adaptation to 40 billion per year by 2025. New estimates unveiled by a UN report suggest that this commitment will not be enough. Adaptation costs in developing countries are expected to rise to up to US$340 billion a year by 2030, and up to US$565 billion by 2050, according to UNEP’s Gap Adaptation Report 2022.

The new Norwegian contribution, which will go to IFAD’s Adaptation for Smallholder Agriculture Programme (ASAP+), is part of Norway’s overall pledge to boost climate finance to rural communities. “Norway’s support to this IFAD programme will contribute to increased climate resilience and food security for around 10 million smallholders in poor rural areas in the years ahead. We support that women and youth are prioritized groups in ASAP+,” said Anne Beathe Tvinnereim, Norway’s Minister of International Development, at the signing ceremony today.

Since the establishment of IFAD in 1977, Norway’s US$500 million funding has supported programmes related to gender, disability, nutrition, environmental sustainability and climate.

“Norway leads by example once again with another generous top-up contribution,” said Alvaro Lario, President of IFAD. “From our long experience, we know that investing in adaptation to climate change makes a real difference toward building small-scale food producers’ resilience while they adapt to changing environmental conditions. This is what we need to do to ensure a decent future for the next generation,” added Lario today.