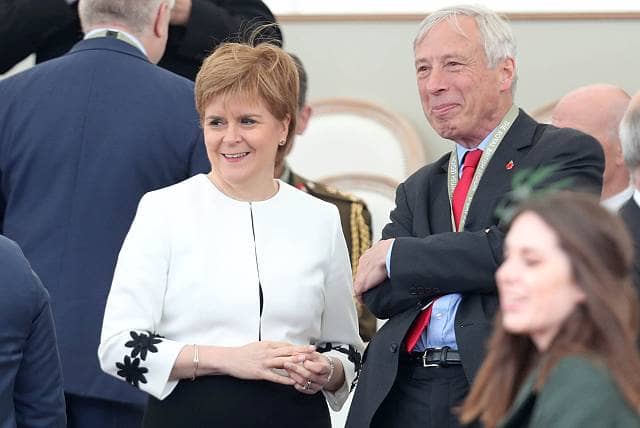 Scotland’s first minister Nicola Sturgeon has said that she is “obsessed” with keeping the SNP in power.

She does not want to end up like an “existential crisis” such as Scottish Labour as she has seen them go from being “impregnable” in Scotland.

Speaking to political comedian Matt Forde at the Edinburgh Festival Fringe, Sturgeon said, “I’ve seen Labour go from way up there, a seemingly impregnable position, to where they are right now, in single figures at elections and in an existential crisis.

“It’s kind of hard-wired into me, it’s in my DNA to avoid making the mistakes that I saw them make at every turn.”

She added, that “I’m obsessed” and “constantly assessing and reassessing what we are doing.”

Sturgeon who led the SNP in 2015 and won 56 of 59 Scottish constituencies said it was “an unprecedented and probably unrepeatable record historic performance.”

She then warned, “you can become a victim of your own success.” Sturgeon went on to say that sometime there are “tensions” between the SNP at Holyrood and also at Westminster.

Sturgeon said, “I’ve got a very, very close relationship with Ian Blackford, our leader down there, which is essential because we talk all the time about their tactics.

“Inevitably two groups in two different parliaments will have issues that cause a bit of tension that we have to work through carefully but overall it works really well.”

Scotland will enter into new restrictions from Boxing Day with...

Omicron R number could be above 4 and ‘to save...