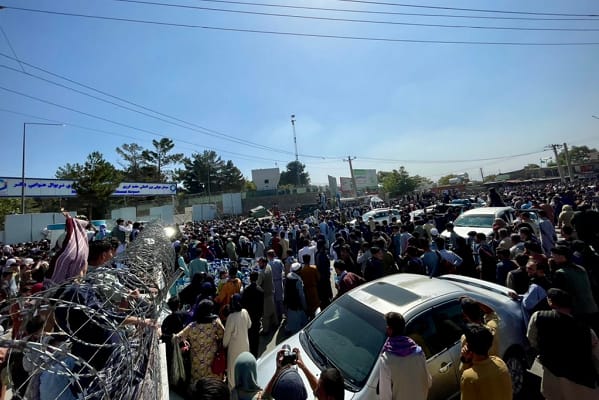 Tobias Ellwood MP has described the scenes at Kabul Airport, Afghanistan as “Saigon 2.0” in referencing the the evacuations which took place in 1975 as the Vietnam War ended.

Ellwood is a former British Army Captain and is the current chairman of the Defence Select Committee.

“Is this how we thought we’d depart Afghanistan? I repeat my call for a UK inquiry.”

Conservative MP Johnny Mercer who served in Afghanistan said that Afghanistan “deserved better than the nil response this weekend,” and said Ministers must “take responsibility.”

The Defence Secretary Ben Wallace acknowledged that the Taliban are now in “control” of Afghanistan and admitted that there is a sense of sadness over the recent events.

The government has come under heavy criticism over the withdrawal of troops and Parliament has been recalled to discuss the chaos in the country on Wednesday.

The Defence Secretary told Sky News, “I think we all saw that and felt a real sense of sadness that, first of all, the forces that the British and the international community had invested in had melted away in some areas so quickly.

“You don’t fix things overnight in global issues, you have to manage them… when that deal was done a few years ago, what happened was ultimately we undermined the community – the deal undermined the Afghan government and left it in a place that ultimately saw the end… the river flows fastest towards the end and that is what we saw yesterday and it’s what we’re seeing in our pictures today.

“My job as Defence Secretary is to make sure that we protect not only the UK nationals, but those Afghans we have an obligation to, that is actually why we’re in the country.

“For the last few weeks we’ve been in the country solely to process those people and to make sure we protect our officials doing that job and we’ll continue to do so.”