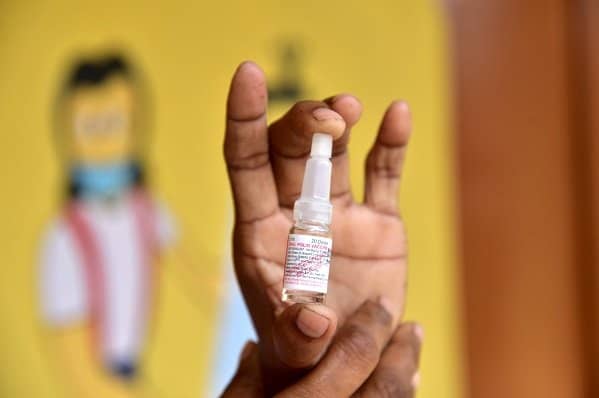 A Health Minister has said on Thursday that the source of the polio virus which was discovered in a London sewage works could, “in theory” be traced to “individual households or streets.”

Lord Kamall said that officials are using “world beating” tools to go along the sewage pip to try and find out where the virus started.

On Wednesday the UK Health Security Agency (UKHSA) declared a national incident after the virus was found during routine checks.

Health officials have said the risk to the public is low and Lord Kamall said the NHS are contacting parents in London whose children are not yet vaccinated against polio.

Lord Kamall said, “we have got to try and work out now is how we go along the pipe, as it were, and investigate individual pipes to see whether we can locate the source.”

On Wednesday Dr Vanessa Saliba, a consultant epidemiologist at the UKHSA, said, “Vaccine-derived polio virus is rare and the risk to the public overall is extremely low.

“Vaccine-derived polio virus has the potential to spread, particularly in communities where vaccine uptake is lower. On rare occasions it can cause paralysis in people who are not fully vaccinated so if you or your child are not up to date with your polio vaccinations it’s important you contact your GP to catch up or, if unsure, check your red book.

“Most of the UK population will be protected from vaccination in childhood, but in some communities with low vaccine coverage, individuals may remain at risk.

“We are urgently investigating to better understand the extent of this transmission and the NHS has been asked to swiftly report any suspected cases to the UKHSA, though no cases have been reported or confirmed so far.”

No ‘Russian criminals will avoid punishment’ and the...

Trade association warns the government that consultation is...