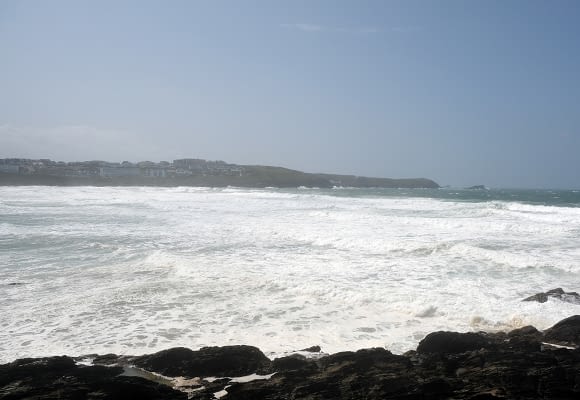 The Met Office meteorologists have said that weather maps are showing small breaks in the “line convection” warning that this could be signs of a tornado being formed.

Storm Barra has travelled across the Atlantic and has caused severe disruption as more than 30,000 homes and businesses have been left with no power.

The Met Office has issued a triple weather warning with heavy snow, strong winds up to 80mph along with hazardous snow and ice to batter the UK.

There are flood alerts in place along the Welsh coast and the Welsh government are advising people to stay away from cliff edges, beaches, promenaded, low lying land and coastal paths.

There is a yellow warning in place as the Met Office also expects there could be heavy snow for the West Midlands and there will be travel disruption.

Quite a view of #StormBARRA from space, as it approaches us from the Atlantic

At 8am, wind gusts were around 70mph SW Ireland and just over 60mph Gwynedd and Isles of Scilly
⚠️https://t.co/V5GBoYVyVh pic.twitter.com/QsFoOhGb8J

Forecasters have further warned of heavy snow to hit parts of England and Scotland, with up to 20cm which could hit higher ground.

The Met Office said, “Spells of hill snow will spread northwards across central and northern England into Scotland during Tuesday, this snow becoming confined to areas north of the Central Belt of Scotland during the evening.

“Between 2 to 5 cm snow is expected to accumulate quite widely above 200 m with 10 to 20 cm likely in some higher areas, particularly in parts of the Southern Uplands and Highlands.

“Strong winds accompanying the snow will cause blizzards with drifting and poor visibility in places, especially over the highest routes.”