Home Business News Mayor warns, Port city being ‘constantly’ shelled ‘breaking food supplies, setting us up in a blockage, as in the old Leningrad’ 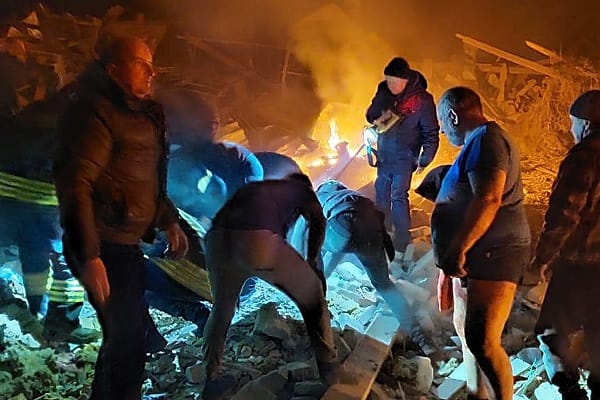 Mayor warns, Port city being ‘constantly’ shelled ‘breaking food supplies, setting us up in a blockage, as in the old Leningrad’

Officials in the Ukrainian port city of Mariupol have accused Russian forces of “genocide” as they are “constantly and deliberately” shelling critical civilian infrastructure.

Mariupol is without water, heating or power and “food supplies” are scarce as they city has been “constantly” bombarded for seven straight days

The city on the Black Sea coast has been a major target for the Russians during the week-long war in Ukraine, alongside Kharkiv and Kherson in the south.

Mariupol city council warned in a statement on Thursday, that the Russians are “breaking food supplies, setting us up in a blockage, as in the old Leningrad.”

The statement added, “Deliberately, for seven days, they have been destroying the city’s critical life-support infrastructure.

“We have no light, water or heat again.”

“We are being destroyed as a nation. This is genocide of Ukrainian people,” the council added.