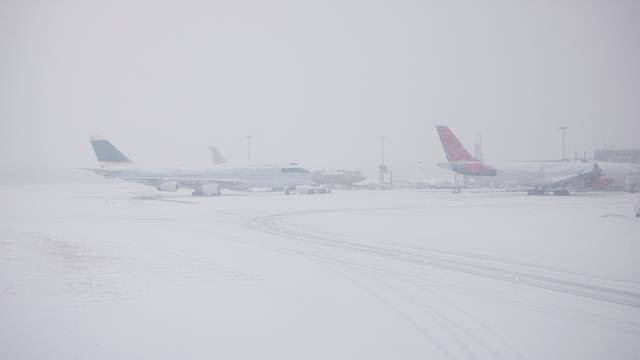 A level 3 alert has been issued as heavy snow is forecast to hit the UK over the next 48 hours which could be the worst whiteout in 10-years.

An Arctic blast driven by easterly winds from Russia could see winds as cold as -12C until February and parts of the UK could see eight inches of snow by Friday.

Exacta Weather forecaster James Madden said, “A large area of snow is developing that will sweep southwards across the country from the middle part of the week onwards.

“This area of snow is likely to be quite persistent and deliver several hours of heavy snow in many places.

“Those regions at risk include northern and central regions at first and later southern England towards the end of the week.”

He added, “The conditions and temperatures are perfect for a large dumping of snow across the country and this is likely to bring travel disruption.

Jim Dale, meteorologist for British Weather Services said, “This could be the biggest threat from the weather for a decade.

“It is not a beast from the east yet, but there are signs of an easterly influence with some of these conditions expected to come from Europe and Russia.

“The beast is stretching its claws towards Britain, there is the potential for major snow events which could also affect southern regions of the country.

“We could be looking at an extended polar blast.”

Southern England has a level 2 alert in place over the next four days, as “severe cold weather” and icy conditions could pose a risk to health.

Dr Owen Landeg, PHE’s principal environmental public health scientist, urged people to take care and look out for those who may struggle during cold weather.

He said: “During this cold spell we all need to be looking out for frail or older neighbours or relatives, especially those living alone or who have serious illnesses.

“We still need to be aware of COVID-19 safety and local restrictions, but regular phone calls or socially-distant visits on their doorstep can make all the difference.”