Home Breaking News Labour warns over Arcadia as ‘over 200,000 retail jobs have been lost’ 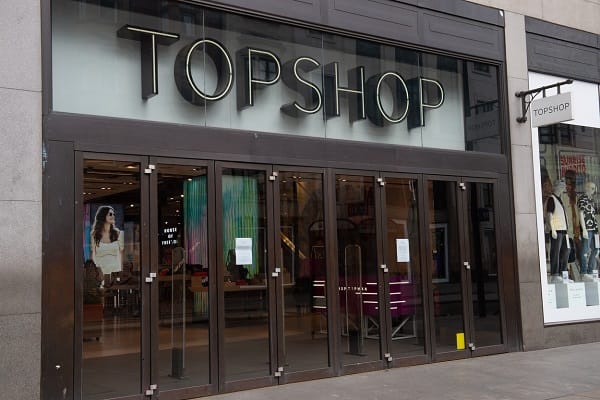 Labour warns over Arcadia as ‘over 200,000 retail jobs have been lost’

The Labour leader Sir Keir Starmer has warned today that more than 200,000 retail jobs have already been lost this year, and a comprehensive plan is needed.

With the collapse of Debenham’s and Arcadia, more than 25,000 jobs are at risk which could “rip the heart out” of the high street.

During PMQs Sir Keir told Prime Minister Boris Johnson that he needs to act now to save jobs.

Johnson said that the business secretary Alok Sharma has already written to the Insolvency Service, and has told them to examine the conduct of Arcadia’s directors.]

Some 13,000 Arcadia staff are at risk along with 12,000 staff at Debenhams, and both companies have started administration, and the later firm will now start liquidation.

Sir Keir told MPs during PMQs, “That’s put 25,000 jobs at risk and caused huge anxiety to many families at the worst possible time and threatens to rip the heart out of many high streets in our towns and cities.

“So can the Prime Minister tell the House what is he going to do now to protect the jobs and the pensions of all those affected by these closures?”

Johnson said, “We’re looking at what we can do to protect all the jobs that have been lost across the country and (Mr Sharma) has written to the Insolvency Service to look at the conduct of the Arcadia directors.

“We will be doing everything we can to restore the high streets of this country with our £1 billion high streets fund and the levelling up fund.”

Sir Keir added, “Over 200,000 retail jobs have been lost this year. That’s 200,000 individuals and their families, 20,000 stores have been closed on our high street and that’s before the latest restrictions.

“Now I suspect if we’d seen that scale of job losses in any other sector, there would have been much greater action already.

“So I urge the Prime Minister to take this seriously, don’t deflect, as well as providing emergency support, will the Prime Minister work with us, with the trade unions and the sector to finally bring forward a comprehensive plan to save retail jobs and to provide the sector with the much greater support it needs through this crisis?