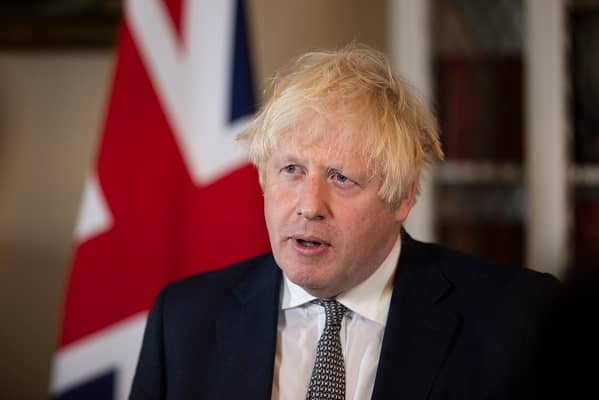 written by Mark Channer LLB Political Journalist 26th May 22 11:19 am

The former justice secretary David Gauke has said on Thursday it is “very likely” that Boris Johnson “has misled parliament” and Tory MPs are lining up demanding he quits.

Gauke said that Johnson must be held responsible for the culture in Downing Street after the Sue Gray report revealed Downing Street staff were “vomiting on the walls,” fighting and spilled wine.

Gauke told Sky News Kay Burley that the Gray report underlines how “there was a culture inside 10 Downing Street that had very little regard to the rules.”

Gauke added, “What is… very clear is that contrary to the assurances that Boris Johnson gave the House of Commons on numerous occasions, there clearly were parties and he was clearly present.

“He may have been there in a work function to thank staff, but it is very clear that he must have known that there were parties happening in his home.

“It does look very likely that he has misled parliament.”

In the wake of the report Conservatives John Baron and David Simmonds have withdrawn their support for Johnson.

Simmonds said, “I listened to what the prime minister had to say at Prime Minister’s Questions, his statement and the 1922 Committee yesterday following the publication of the Sue Gray report.

“Having reflected on what he said, and the views of constituents and my Conservative Association, it is clear that while the government and our policies enjoy the confidence of the public the prime minister does not.

“Accordingly, it is time for him to step down so that new leadership can take forward the important work of the government in ensuring that our people and country prosper.”

Baron called the situation as “a shameful pattern of misbehaviour during the pandemic as the rest of us kept to the Covid regulations.”

Baron said in a statement on his website, “Those responsible for setting the rules have a special duty to adhere to them.

“Having always said I would consider all the available evidence before deciding, I’m afraid the Prime Minister no longer enjoys my support – I can no longer give him the benefit of the doubt.”

“The UK prides itself on exporting democracy around the world but I just think it’s a bad day for democracy, I think the detail of this report is absolutely appalling.

“The partying, people vomiting on the walls. There was even… some sort of fight at the height of lockdown.

“This is at the heart of the government of our country and I think, brutally speaking, it’s a bit of a frat party.

“I think it’s bad enough happening inside Number 10 outside the pandemic, let alone during it.

“I think ultimately the prime minister has to bear responsibility for that.”

Walden likened Johnson to “some sort of toddler who has been forced into an apology, gets caught and runs off protesting the unfairness of it all

“I think you have to be fairly blind not to notice music pumping out in the middle of the night, or bottles strewn everywhere or bottles on the wall.

“My feeling from reading the report yesterday… is that Downing Street, unlike the rest of the country, was a bubble of normality.”