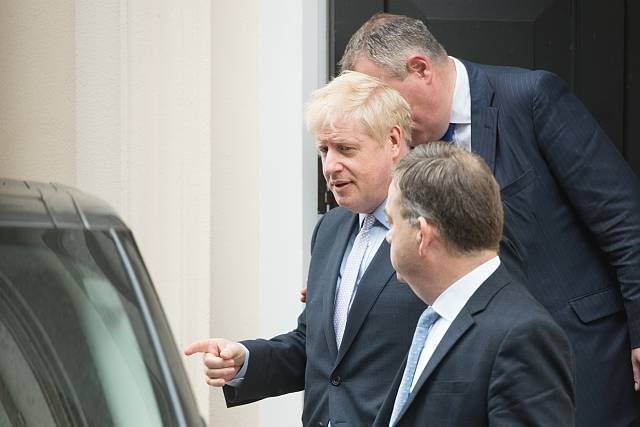 Imam who grilled Tory hopefuls branded them as ‘deluded’

During the live televised debate on BBC One hosted by Emily Maitlis, Boris Johnson, Jeremy Hunt, Michael Gove, Sajid Javid and Rory Stewart were grilled by members of the public.

However, during the debate an Imam who probed the leadership contenders about Islamophobia has branded the Tory hopeful’s responses as “disappointing” and “deluded.”

Imam Abdullah Patel asked the Tory candidates if they believed the words had consequences as he went on to say he has seen first hand the impact of Islamophobia in his community.

Johnson said he was “sorry for the offence” over his comments about veiled Muslim women looking like “letter boxes” and “bank robbers.”

Gove condemned Islamophobia as “repugnant” and then went on to attack Labour leader Jeremy Corbyn over comments that he claimed were “disgusting” and anti-Semitic.

Then Javid requested from the candidates an external investigation over the issue within the Conservative Party.

After the debate, Imam Patel said he asked the question as wanted them to promise “things would change” and added, “The hate is real.”

He wrote on Twitter, “As an Imam, I’m exposed to many incidents which happen in my community, and of course, as a visible Muslim, I also witness it first hand.

“I have received numerous incident reports of blatant racism against members of my community, from spitting and swearing at Muslim women…To asking students coming to my mosque if they had bombs in their bags.”

The Imam added, “What I got as a response was nothing short of disappointing and deluded: @BorisJohnson forgot my name, spoke about his G(reat) grandfather and about Iran.

“Gove used the opportunity to have a dig at @jeremycorbyn…

“@Jeremy_Hunt used the chance to speak about how he can’t be racist because he has an immigrant wife, and @RoryStewartUK forgot that this is also OUR country.

“The only positive from the debate was @sajidjavid making them all commit to an independent investigation into Islamophobia in the @Conservatives.”