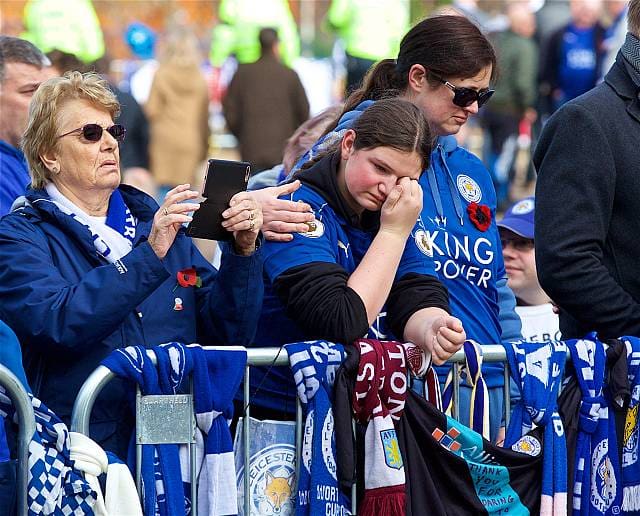 Latest report has revealed that the helicopter crash, which killed the owner of Leicester City and four other people, was caused by a pin that had come loose in the tail rotor control mechanism.

Vichai Srivaddhanaprabha, employees Nursara Suknamai and Kaveporn Punpare, pilot Eric Swaffer and his partner, Izabela Roza Lechowicz were all killed in the accident which occurred after Leicester’s 1-1 draw with West Ham at the King Power Stadium on October 27.

The pedals becoming disconnected from the tail rotor resulted in the aircraft making an uncontrollable right turn before it spun and crashed, according to a special bulletin by the Air Accidents Investigation Branch (AAIB).

An inspection at the crash site found parts of a mechanism had become disconnected and there was a “build-up of black grease” on one component.

The report stated: “The initiating cause and exact sequence of the failure that resulted in the loss of tail rotor control is being investigated as a priority.”