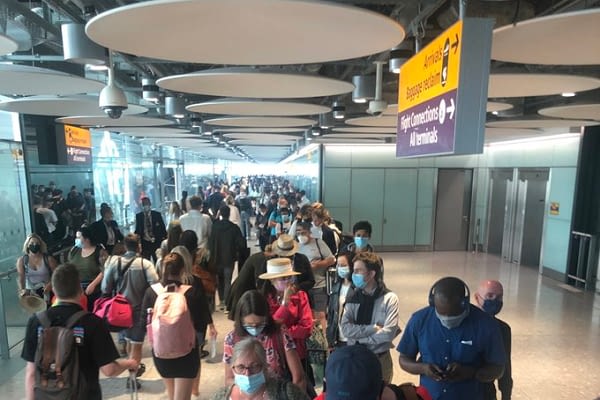 Heathrow Airport  has reported its busiest month since the pandemic began despite ‘barriers to travel’ remaining.

More than 1.5 million passengers passed through its terminals in July — 75% more than a year earlier, following the easing of travel restrictions.

But.. that’s still over 80% down on July 2019 — when 7.75 million customers travelled through Heathrow in a typically busy pre-pandemic summer month.

Heathrow says the “long road to recovery” has started: “The relaxation in rules has provided a much-needed boost to the UK travel industry, and enabled people across Britain to look forward to a more normal summer reuniting with family and friends abroad.”