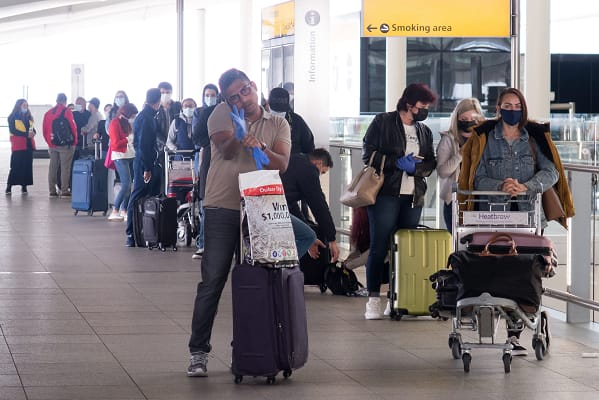 Heathrow given permission to raise passenger charges by 50% next year

Heathrow Airport has been allowed to raise its charges by more than 50 per cent from 1 January 2022 by the Civil Aviation Authority.

The CAA said the cap on the west London airport’s price per passenger next year will be £30.19, while the current charge is £19.60. Charges are paid by airlines but are generally passed on to passengers via air fares.

A Heathrow spokesperson said: ‘There are material and basic errors in many aspects of the CAA’s assessment.

In a letter to Heathrow and other airports, the CAA wrote: “We note it is looking increasingly likely that the affordability of air travel for consumers in 2022 will be put under greater pressure by the costs of new travel requirements, such as additional testing.

“We have also reflected on airline suggestions that we should give more weight to the detriment to consumers caused by the relatively high level of airport charges at Heathrow.”

A decision on a long-term cap which is expected to begin in the summer of 2022 and run to 2027 is due to be announced early next year.