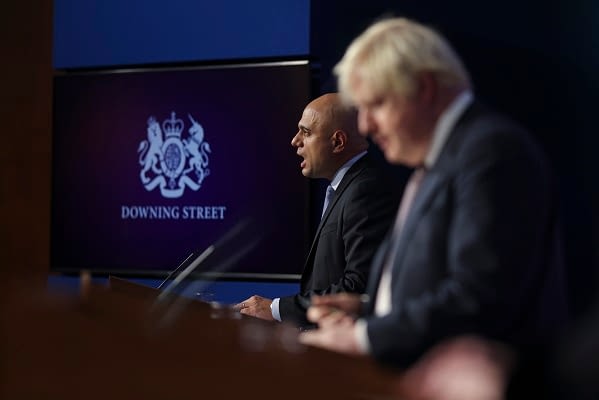 The Health Secretary Sajid Javid is “very unhappy” that the requirement for PCR tests has been removed.

Javid reportedly said that the UK is now at risk of being placed into another lockdown as the lack of PCR tests limits the government’s ability to detect new variants entering the country.

A government source told The Times, “Sajid was very unhappy about the decision to remove the requirement for PCR tests.

“He argued they are instrumental in spotting new variants sooner.

“He said that by scrapping them you increase the risk of having to shut down the entire economy. But he lost the argument.”

The Health Secretary protested over the scrapping of the Day 2 PCR test at the COVID-O committee and the Prime Minister is alledged to have sided with the Transport Secretary Grant Shapps.

Shapps said that if restrictions continue to remain in place then the aviation sector will see further damage.