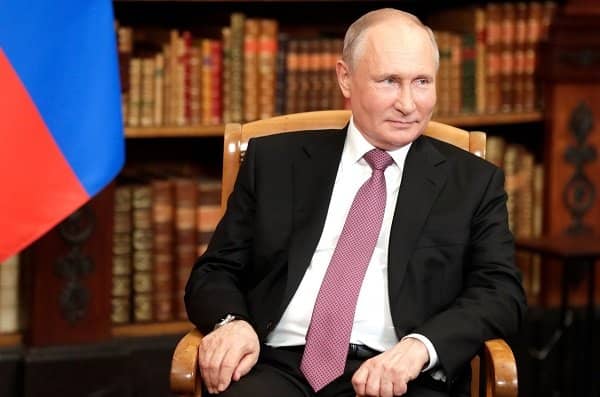 The British Foreign Secretary Liz Truss has announced today that there has been a “coordinated escalatory sanctions” with members of the G7 with a combined amount of £24trn.

The G7 are made up of France, Germany, Italy, Japan, Canada, the US and the UK and world’s largest economies have firmly bolted the door on Russia.

Truss said, “Our support is unwavering for the territorial integrity of Ukraine.”

In a statement accompanying a Foreign Office news release on Tuesday, Truss said, “This first wave of sanctions will hit oligarchs and banks close to the Kremlin. It sends a clear message that the UK will use our economic heft to inflict pain on Russia and degrade their strategic interests.

“And we are prepared to go much further if Russia does not pull back from the brink. We will curtail the ability of the Russian state and Russian companies to raise funds in our markets, prohibit a range of hi-tech exports, and further isolate Russian banks from the global economy.

“These will be surgically targeted sanctions that will hit Russia hard.”

Former Tory leader Sir Iain Duncan Smith said in the House of Commons on Tuesday afternoon, “Should it not be that we need to hit them if we are going to hit them with sanctions hard and hit them now?”

He added, “They need to feel the pain of the first part of this decision. The second thing is, what is the ultimatum to them now? If they move further, are we going to take further action?”

The British Prime Minister Boris Johnson has confirmed on Tuesday that the UK will impose sanctions on five Russian banks including three “very high net worth individuals.”

The Prime Minister told MP’s in the House of Commons the UK will now impose its prepared sanctions on Russia using “new and unprecedented powers.”

Johnson told the Commons this is the “first tranche” and the “first barrage” of measures to be imposed against Russia as troops are moving into separatist regions of Ukraine.

The Prime Minister told MPs “We hold further sanctions at readiness to be deployed.”

Sanctions will be applied to Gennady Timchenko, Boris Rotenberg and Igor Rotenberg as they are “very high net worth individuals.”