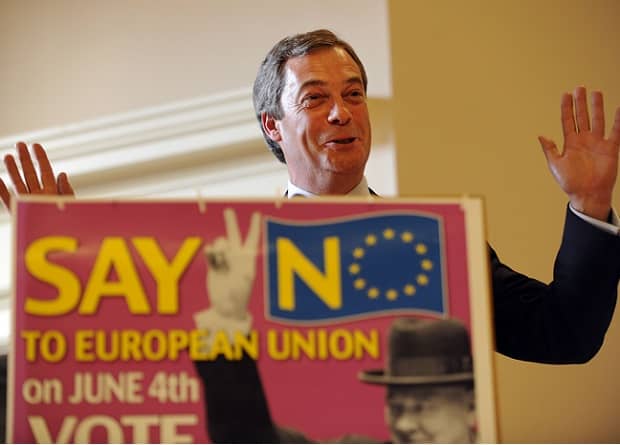 Wealthy business tycoon Paul Sykes has pledged a multi-million donation to UKIP ahead of next year’s European elections.

Sykes, who is estimated to be worth £650m, sold his internet firm Planet Online for £85m million to Energis in 1998.

The eurosceptic businessman backed the Tories under Margaret Thatcher but withdrew his support from the party over John Major’s stance on the Maastricht Treaty.  Back in 2004, he donated £1.5m to UKIP’s 2004 European election campaign.

“I believe we have one last chance to stop the gradual erosion of our national independence. And that chance comes with the European elections,” Sykes said in a statement.

“If, as I hope and believe, UKIP score a stunning national victory, then the leaders of the other main parties will have no choice but to abandon their slavish support for the EU.

“Nigel Farage and UKIP are the last best hope for Britain. I am prepared to do whatever it takes to propel them to victory next year.”

UKIP leader Nigel Farage said: “Paul Sykes has a long record of defending British democracy. His involvement in this campaign is a significant boost for UKIP and will help us to cause our intended earthquake in British politics in the European elections next May.”

Latest figures released by the Electoral Commission show that UKIP received just over £113,000 in donations from July to September. The Tories received £3.3m, Labour £3.2m and the Liberal Democrats £800,000.