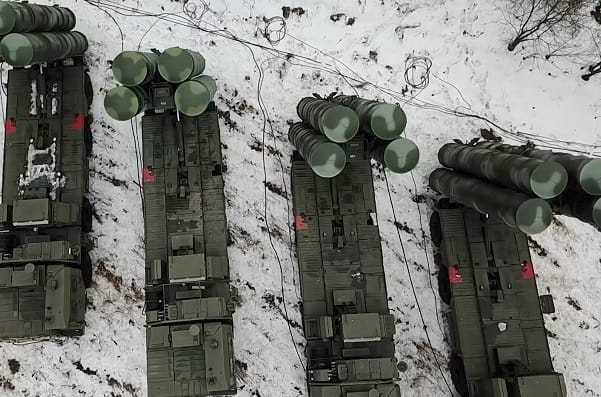 Boris Johnson has warned Europe is facing the “most dangerous moment” as the “fates of nations” will be decided “by a handful of great powers.”

On Monday the Russian President Vladimir Putin gave a bone chilling warning that if he does not get his own way there could be a nuclear war in Europe.

The despot leader said “do you understand” if the “Ukraine joins NATO” then Europe will be pulled into a “war” with Russia.

Putin warned, “There will be no winners, and you will be pulled into this conflict against your will.

“You won’t even have time to blink your eye when you execute Article 5 (collective defence of NATO members).

Johnson told reporters, “We must resist, we must oppose any return to the days when fates of nations are decided over their heads by a handful of great powers.”

He added, “I honestly don’t think a decision has yet been taken but that doesn’t mean that it’s impossible that something absolutely disastrous could happen very soon indeed.

“Our intelligence, I’m afraid to say, remains grim. We’re seeing the massing of huge numbers of tactical battalion groups on the border with Ukraine.

“This is probably the most dangerous moment in the course of the next few days in what is the biggest security crisis Europe has faced for decades.”

He continued, “The stakes are very high and this is a very dangerous moment. At stake are the rules that protect every nation, big and small.”

Stoltenberg said he is “prepared to listen to Russia’s concerns” but warned that this is “a dangerous moment for European security”.

But he added: “NATO will not compromise on core principles – the right of each nation to choose its own path and NATO’s ability to protect and defend all allies.”

Johnson was asked if he is confident the UK’s action will be enough to ensure conflict between Russia and Europe does not break out,  He said, “Whether we are going to be successful, I simply cannot say.”

Johnson will not rule out giving Ukraine more military support should Russia invade, he said, “at the moment we feel that this package is the right one.”

The Prime Minister warned it will be “an absolute disaster” if there is “bloodshed on Ukrainian soil.”

Johnson added that a war in Europe is “pointless, tragic and vastly economically costly to Russia.”

The UK has 1,000 troops on standby for a humanitarian crisis and 350 elite Royal Marines from 45 Commando are currently being deployed to Poland.