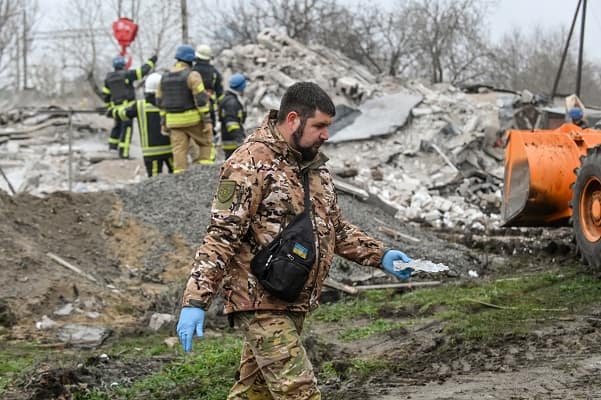 On Wednesday there was a widespread missile strike from Russian forces which damaged critical infrastructure and has left 70% of Ukraine without water and electricity.

Dmitry Polyanskiy, the First Deputy Permanent Representative of Russia wrote on Telegram on Wednesday evening, “Today the Ukrainians, frightened by our attacks on infrastructure, requested an urgent meeting of the UN Security Council.”

On Wednesday Ukraine was under a full scale nuclear emergency after Russia issued a fresh barrage of missile strikes across parts of Ukraine and Kyiv was completely out of water and electricity as critical infrastructure had been targeted.

Vitali Klitschko, the Mayor of Kyiv, said that “power engineers are doing their best to get [electricity] back as soon as possible,” adding that the city’s water supply has been restored in around half of Kyiv and around 70% the capital remains without power following Russia’s blitz.

They said that the nuclear facility now has to rely on diesel generators to cool the essential nuclear safety functions to avoid a nuclear incident in Europe.

The IAEA warned in a statement, “The latest incident… highlights the increasingly precarious and challenging nuclear safety and security situation.”

Negotiations for an exclusion zone around the plant are ongoing between Moscow and Kyiv and the nuclear facility in Zaporizhzhia has been under Russian occupation since the start of the war.

Rafael Grossi, director general of the IAEA, told CNN, “This is war.

“This is real war and the protection zone that I am proposing is precisely on the front line, on the line where both adversaries are in contact.”