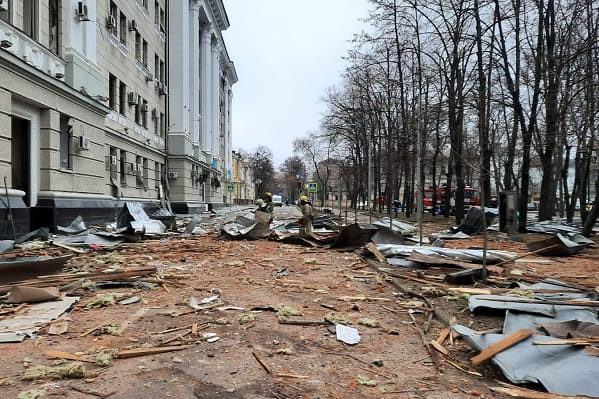 Russian forces have broken another ceasefire and have attacked civilians fleeing along the evacuation route in Mariupol.

“8 trucks + 30 buses ready to deliver humanitarian aid to Mariupol and to evac civilians to Zaporizhzhia.

“Pressure on Russia MUST step up to make it uphold its commitments.”

There are still vast amounts of people trapped inside cities across Ukraine which are also running low on water, medicine and food.

Mariupol, Kharkiv and Irpin are being bombarded day and night by missiles and heavy shelling and it is impossible to collect the dead bodies which are being eaten by stray dogs.

“We can’t even gather up the bodies because the shelling from heavy weapons doesn’t stop day or night,” Mayor of Bucha, Anatol Fedoruk warned.

“Dogs are pulling apart the bodies on the city streets. It’s a nightmare.”

There are at least 400 confirmed civilian deaths but this figure is very likely to be much higher because the figures are “definitely incomplete”and there are hundreds wounded.