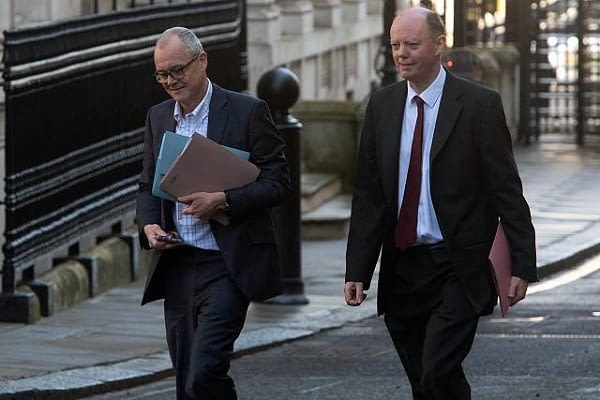 Professor Chris Whitty, England’s chief medical officer has warned on Tuesday that easing of the current restrictions will lead to a surge in cases which could lead to a further 30,000 deaths.

The modelling data conducted by Sage shows that even with a “relatively mall proportion of people remaining vulnerable” as they have not had their vaccine, could equate to a “large number of people” being affected.

Professor Whitty told the Science and Technology Committee on Tuesday, “What we are going to see is, as things are opening up, what all the modelling suggests is that at some point we will get a surge in virus.

“We hope it doesn’t happen soon, it might for example happen later in the summer if we open up gradually or because of the seasonal effect it might happen over the next autumn and winter.

“All the modelling suggests there is going to be a further surge and that will find the people who either have not been vaccinated or where the vaccine has not worked.

On Monday an expert warned the public have been warned that a third wave of the virus “could easily take off again” as lockdown restrictions are being eased.

If caution is not followed in the coming weeks, then the UK could see a fresh wave of infections, Dr Jenny Harries, the deputy chief medical officer has warned.

Dr Harries said the data showing cases have now fallen below 100 per 100,000 population, is a “pleasing picture, but one which I think has some caution attached to it.”