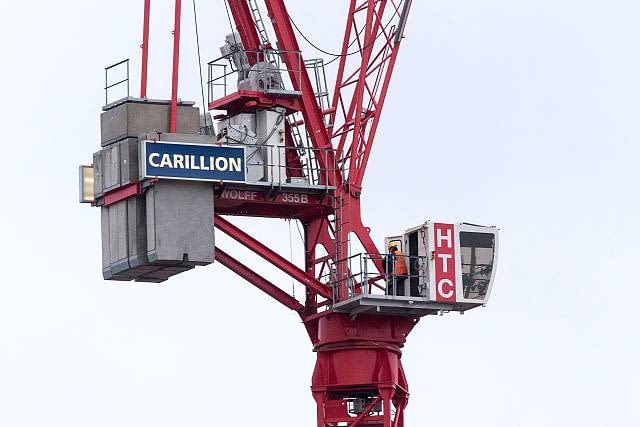 Collapse of Carillion will cost taxpayers at least £148 million

The National Audit Office (NAO) has today published an investigation into the government’s handling of the collapse of Carillion. The liquidation of Carillion will cost UK taxpayers an estimated £148 million, although this is subject to a range of uncertainties and it could take years to establish the final cost. There will also be wider costs to the economy, Carillion’s customers, staff, the supply chain and creditors.

The investigation identifies that the Cabinet Office began contingency planning for the possible failure of Carillion shortly after the company posted its first profit warning on 10 July 2017. The scale of the profit warning came as a surprise to the government, as it contradicted market expectations and information and commentary that had been provided by Carillion. The government’s contingency planning started in July 2017, accelerated in October 2017 and was complete across central government by 15 January 2018, when Carillion collapsed.

Carillion’s 2016 accounts were published in March 2017 and showed the company as profitable and solvent. The Cabinet Office raised Carillion’s risk rating from amber to red in response to the July 2017 profit warning. However, it did not increase Carillion’s rating to its highest rating, ‘high risk’ as it accepted Carillion’s argument that it was already in receipt of the sensitive financial information such a rating would require and that they did not wish to risk precipitating Carillion’s financial collapse.

In the months following Carillion’s first profit warning, the company announced £1.9 billion of new government work, including £1.3 billion of HS2 contracts. Many of these contracts had been agreed before the profit warning, although in some cases contracts were signed, or variations agreed, afterwards.

None of the contracting authorities believed they had grounds for disqualifying Carillion’s contracts under procurement rules. In addition, Carillion’s partners in joint ventures were liable to take over and finish the contracts if Carillion failed. In the case of Network Rail, not awarding contracts would have meant re-procuring and redesigning the projects, increasing costs for the taxpayer and delaying work.

In early January, Carillion asked the government for £223 million to help it through to April 2018 and additional support with its financial restructuring. Rather than provide this, the Cabinet Office decided it was better that Carillion enter into a trading liquidation, because it had serious concerns about Carillion’s business plans, the legal implications, potential open-ended funding commitments, the precedent it would set, and the concern that Carillion would return with further requests. At the point of liquidation, Carillion had around 420 contracts with the UK public sector.

The Cabinet Office will pay an estimated £148 million government loss on the insolvency, although this is subject to a range of uncertainties, such as the timing and extent of asset sales. The £148 million would be covered by the £150 million the Cabinet Office has already provided to help finance the costs of liquidation. The Cabinet Office believes almost all services have continued uninterrupted following liquidation, although work on some construction contracts stopped, including two PFI hospitals.

There will also be significant costs to the supply chain, former Carillion workers, and investors. 31 of Carillion’s 198 companies are in liquidation. So far, around 64% (11,638) of the Carillion UK workforce have found new work, 13% (2,332) were made redundant, and the remainder (3,000) are still employed by Carillion.

Carillion’s non-government creditors are unlikely to recover much of their investments, and the company’s extensive pension liabilities, totalling £2.6 billion as of 30 June 2017, will need to be compensated through the Pension Protection Fund.

Amyas Morse, the head of the NAO, said today:

“When a company becomes a strategic supplier, dependencies are created beyond the scope of specific contracts. Doing a thorough job of protecting the public interest means that government needs to understand the financial health and sustainability of its major suppliers, and avoid creating relationships with those which are already weakened. Government has further to go in developing in this direction.”