Home Business News Chaos erupted at PMQs with two MPs ordered to ‘shut up or get’ then the Speaker blasted ‘out now Serjeant-at-arms, escort them out!’ 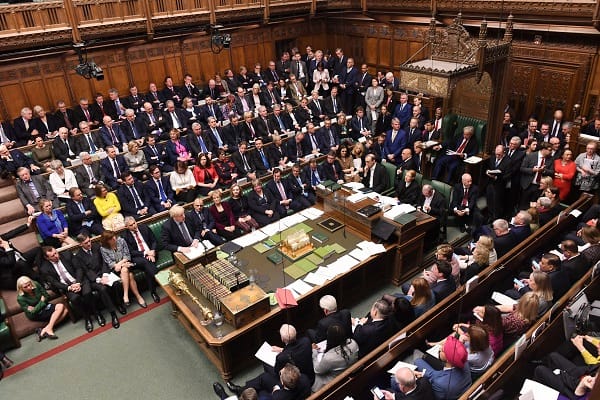 Chaos erupted at PMQs with two MPs ordered to ‘shut up or get’ then the Speaker blasted ‘out now Serjeant-at-arms, escort them out!’

Prime Minister’s Questions (PMQs) descended into chaos on Wednesday within seconds as Kenny MacAskill and Neale Hanvey, from Alex Salmond’s Alba party, appeared to stage a protest over another Scottish independence referendum.

The Speaker of the House of Commons Sir Lyndsay Hoyle was furious over the cheering and jeering and he repeatedly ordered MPs to “shut up.”

It then turned out that MacAskill was trying to raise a point of order in the Chamber, he said, “We need a referendum in the Prime Minister.”

Both MPs were ordered to sit down but they refused, the Speaker went berserk and shouted, “Neale Hanvey, I am now naming you, and Kenny MacAskill, to leave this chamber… Out, now! Serjeant-at-arms, escort them out!”