Home Business NewsBusiness Cazoo appoints 23 & Me founder to Board 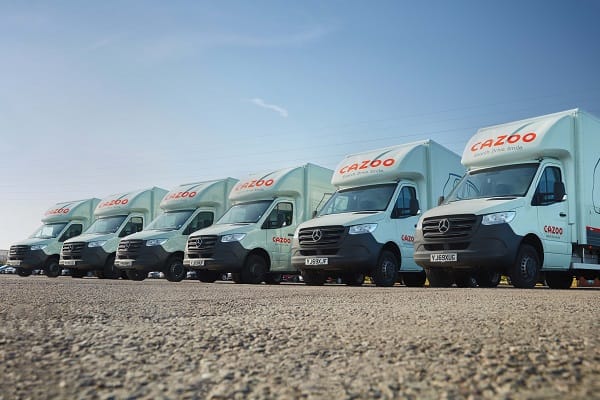 Cazoo appoints 23 & Me founder to Board

Cazoo, the UK’s leading online car retailer, which makes buying your next car as simple and seamless as purchasing any other product online, has today announced that Anne Wojcicki will be joining its Board as a Non-Executive Director, following completion of its business combination with AJAX.

Anne is the CEO and Co-Founder of 23andMe, which pioneered direct-to-consumer genetic testing and has built the world’s premier crowdsourced database of genotypic and phenotypic information to power its research into the genetic causes and potential treatments of disease. Prior to co-founding 23andMe in 2006, Anne spent a decade on Wall Street investing in healthcare and graduated from Yale University with a BS in Biology.

Cazoo recently announced it will list on the NYSE through a $7.0 billion business combination with AJAX I, a publicly traded special purpose acquisition company founded by renowned US investor Dan Och. The transaction is expected to complete in Q3 this year when Anne will take up her role on the Cazoo Board.

Cazoo is pioneering the shift to online car buying in Europe and since being founded in 2018, has sold over 20,000 cars to consumers across the UK who have embraced the selection, transparency and convenience of buying quality used cars entirely online.

Cazoo owns and reconditions all its cars before offering them for sale on its website for either delivery or collection in as little as 72 hours. Already the leading online car retailer in the UK, Cazoo is also Europe’s leading car subscription player with over 6,000 subscribers across the UK, France and Germany.

Alex Chesterman OBE, Founder & CEO of Cazoo said, “I am delighted that Anne will be joining the Cazoo Board once the business combination with AJAX completes. Her insights and experience of building and scaling a digital consumer brand and reinventing the DNA testing space will be highly valuable as we continue to transform the car buying experience for consumers across the UK and Europe.”

Anne Wojcicki, CEO & Co-Founder of 23andMe. said, “I am excited to be joining the Cazoo Board and look forward to helping the company achieve its mission to transform the $700bn European used car market, which remains overwhelmingly offline. Alex is one of the world’s leading entrepreneurs and I am thrilled to work with his experienced team. Cazoo is already one of Europe’s great success stories and they are only just getting started.”