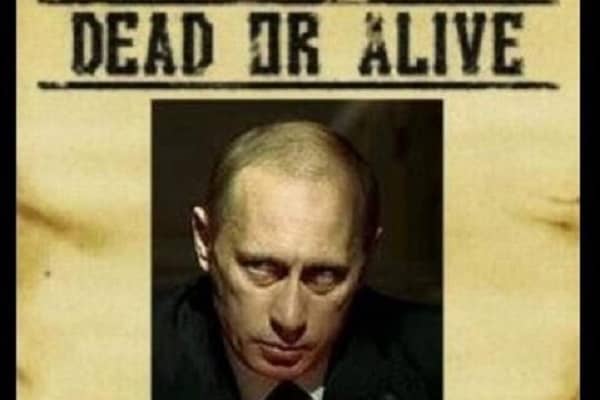 Vladimir Putin is “upset” that his military intelligence is being questioned and his inner circle are not providing the former KGB officer with real and accurate insight as to what is really happening in Ukraine.

US intelligence sources have said that the Russian army has failed to gain any significant progress over the past five weeks.

Russian expert Dmitri Alperovitch said that Putin is constantly being misinformed which is “messing with his head” which is forcing the Russian President to reconsider his position.

Russian troops blasted over mutiny and are called ‘weaklings, cowards and traitors’ as they refuse to fight in Ukraine

Alperovich told CNN, “It has been absolutely remarkable to watch this.

“The fact we’re declassifying some of the most sensitive intelligence we probably have, learning what the advisors are telling Putin…

“Imagine the type of access that we have to have to know that and, frankly, the sources and methods we’re putting at risk to do that.

“But it is messing with his head.”

He added, “There’s no bigger insult to a KGB officer, former KGB officer, than to tell him that he’s misinformed about his own military and his own war.

“Even calling him a butcher is probably considered as some sort of twisted praise.

“But calling him misinformed, he’s really upset about that.”

White House Communication director Kate Bedingfield confirmed intelligence reports which have emerged that claims Putin is being “misled” on the state of the war by his “yes men.”

A senior European diplomat said the US’s assessment was in line with European intelligence, they said, “Putin thought things were going better than they were.

“That’s the problem with surrounding yourself with ‘yes men’ or only sitting with them at the end of a very long table.”