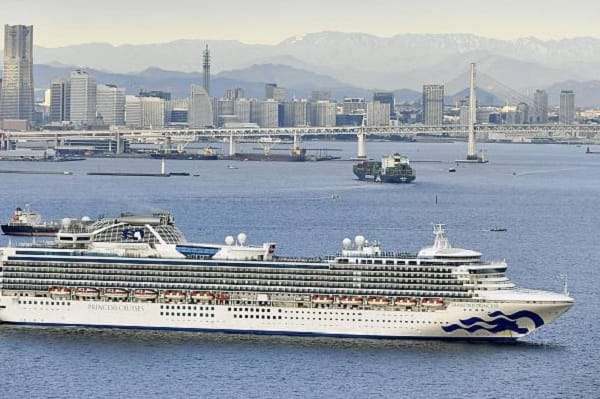 British couple with coronavirus are struggling with their ‘mental health’

The British couple who were celebrating their 50th wedding anniversary when they contracted coronavirus from the Diamond Princess cruise ship in Japan, have accused by trolls online of “milking it.”

Both David and Sally Abel were subsequently diagnosed with pneumonia before being removed to hospital in Japan.

The couple’s son Stephen Abel and wife Roberta said his parents feel “even more confined” and they have been dealing with “nasty trolls” online and urged people to more “kind.”

Roberta said, “It is sad to hear the few people who have decided to troll them and be quite nasty.

Her husband Stephen added, “To address the trolls who say we’re milking it, we really are not milking it.”

Stephen said that his father is feeling cut off from the outside world.

Stephen said, “It’s really tough being so disconnected for the outside world. He’s Mr sociable. He’s struggling with not being able to socialise in his normal ways.

“Because mental health is a huge thing in a situation like this, mental it’s hard form.

“They’ve been stuck in a room for two weeks on a cruise which is tough already and the you’re moved to a hospital and you’re even more confined.”

The Japanese government are facing questions over their ability to prevent the virus from spreading, as another death was reported of an elderly Japanese man in the country.

The Japanese health minister, Katsunobu Kato will hold meetings on Monday with health experts in a bid to formulate policy to address and try to contain coronavirus in Japan.