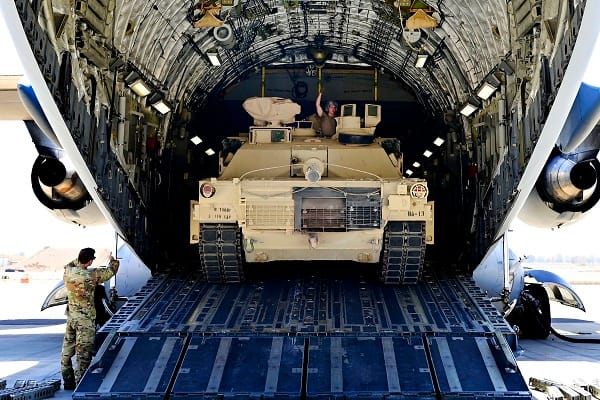 The President Joe Biden has confirmed on Wednesday afternoon the that US will send 31 of the “most capable tanks in the world” to the frontline in Ukraine.

The US President Biden has confirmed in a news briefing that 31 M1 Abrams estimated to be worth $400 million will be shipped to Ukraine.

President Biden said the decision is to help Ukraine defend themselves from Russian forces and added, that “the United States is standing shoulder to shoulder with Ukraine” and Russian will fail as the West will “preserve freedom.”

He said that the M1 Abrams is “the most capable tanks in the world,” adding, “Today, I’m announcing that the United States will be sending 31 Abram tanks to Ukraine, the equivalent of one Ukrainian battalion.

“Secretary Austin has recommended this step because it will enhance the Ukraine’s capacity to defend its territory and achieve its strategic objectives.”

Biden praised Germany as they had “really stepped up” by providing Kyiv with a company of Leopard 2 tanks, and also praised the UK for agreeing to send the Challenger 2 tanks.

President Biden said, “The United States and Europe are fully united. This morning I had a long conversation with our NATO allies.

President Biden continued, “With spring approaching Ukrainian forces are working to defend the territory they hope and prepared for additional counter offences. To liberate their land.

“They need to be able to counter Russia’s evolving tactics and strategy on the battlefield in the very near term. They need to improve their ability to manoeuvre and open terrain.

“And they need an enduring capability to deter and defend against Russian aggression over the long term.”

Speaking from the White House, he said, “This is about helping Ukraine defend its own land.

“Through every single step of this horrific war the American people have been strong in their support.”

Moscow said on Wednesday morning that they see this as a “blatant provocation” and Russia’s ambassador to the US has said it is “obvious” that Washington wants to inflict a “strategic defeat on us.”

Russian ambassador Anatoly Antonov said on Telegram, “If the United States decides to supply tanks, then justifying such a step with arguments about ‘defensive weapons’ will definitely not work.

The Kremlin has hit out on Wednesday saying that the US tanks will “burn” and they said sending the Abrams is an expensive folly.

France could send F-16 fighter jets to Ukraine, ‘the Danes and Eastern European countries are thinking about it’ also