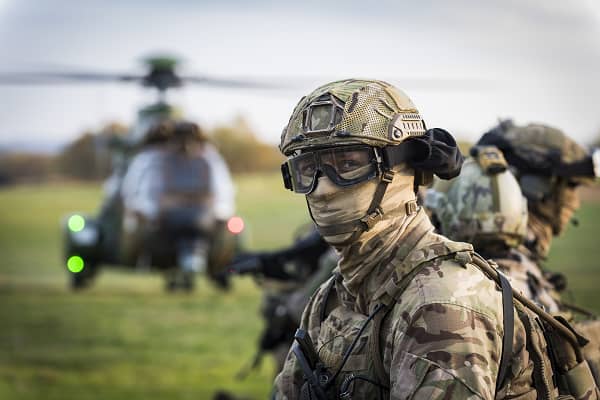 Research by tax refund experts, RIFT Tax Refunds, has revealed just how much the British armed forces could be owed by HMRC in unclaimed tax refunds and what this money could be used for.

Since 8th May 2014, all MOD service personnel were issued with a tax code allowing them to claim tax refunds for travel expenses on postings of under 24 months, even if that posting wasn’t located within the UK.

It meant that all personnel could claim on the difference in travel expenses allowed between the MOD rate of £0.21p per mile and the wider HMRC rate of £0.45p per mile, allowing a further claim of £0.24p per mile.

However at the time, the HMRC stated claims could be made by those on temporary duty – any term of under 24 months – but the MOD referred to all postings as permanent regardless of length.

This left many believing that they were in breach when actually they were claiming a legitimate refund.

As a result, RIFT has found that while one in three of us are estimated to be owed a tax refund, this proportion is far higher in the armed forces. In fact, 89% of all RIFT applicants qualify for an average one year claim of £842 per claimant.

Across the army alone, RIFT estimates 79,509 service men and women could be owed as much as £67m in unclaimed tax refunds. That’s enough to fund 51,497 SA80 assault rifles or 16 Challenger 2 tanks.

RIFT also estimates that the total value of these unclaimed tax refunds sits at around £26m for those serving in both the Royal Navy and the Royal Air Force, enough to fund 91 F-35 helmets for the RAF alone.

CEO of RIFT Tax Refunds, Bradley Post, commented:  “Tax refunds are largely underutilised due to the assumption that they simply aren’t worth the time and effort to pursue, but across many areas of the professional landscape this certainly isn’t the case.

The armed forces is one such sector and we regularly find that a high proportion of applicants are not only owed money, but the sums owed are well worth retrieving. This is due to the fact that many will travel to and from numerous or temporary sites on a regular basis and the travel and day to day living costs associated with this soon add up.”