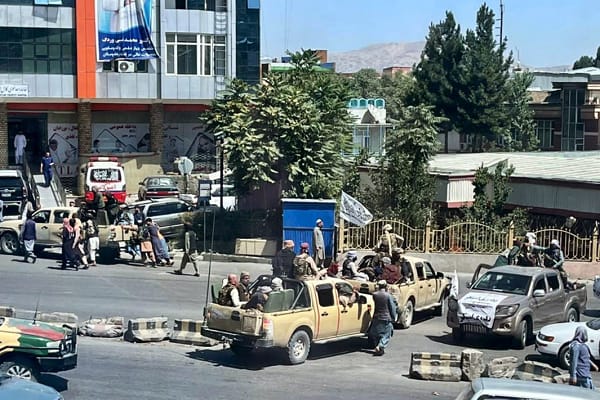 Afghanistan has been ‘catastrophically mishandled’ amid ‘shambolic scenes’

The Shadow Minister for Asia and the Pacific, Stephen Kinnock has blasted the Prime Minister over the ‘failure of the execution” of strategy in Afghanistan.

Kinnock said that the way in which the government withdrew troops from Afghanistan has been “catastrophically mishandled.”

This morning the Foreign Secretary admitted that the government “were caught off guard” as thy did not see the Taliban takeover coming.

On Monday Tobias Ellwood MP has described the scenes at Kabul Airport, Afghanistan as “Saigon 2.0” in referencing the the evacuations which took place in 1975 as the Vietnam War ended.

Ellwood is a former British Army Captain and is the current chairman of the Defence Select Committee said on Twitter, “Chaotic exodus from Kabul airport. Apaches (helicopters) used to clear the runway.

“Is this how we thought we’d depart Afghanistan? I repeat my call for a UK inquiry.”

Kinnock said the “shambolic scenes” from Kabul airport on Monday, which saw people clinging to aeroplanes as they attempted to take off.

“This is an utter failure of the execution of the strategy and the Prime Minister has really serious questions to answer,” he told Sky News.

“It seems to me it’s absolutely extraordinary that they didn’t have this scenario in mind. There seem to be a kind of hyper-optimistic scenario whereby the Afghan army would resist the march of the Taliban, and that clearly has not happened.”