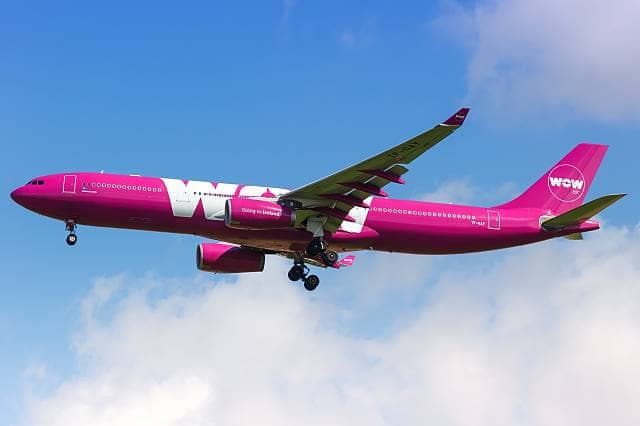 Wow Air cancels flights as takeover will not ‘materialise’

Budget airline Wow Air cancelled flights on Monday morning as the airline is struggling to stay afloat as an acquisition by a US private equity collapsed.

According to the Independent newspaper, a flight from Gatwick Airport to Iceland’s capital, Reykjavik was cancelled.

A spokesperson for Wow Air said, “Due to the delay of an incoming flight from North America, we have combined our two London departures today.”

On Sunday Icelandair said in a statement, “Icelandair Group has decided that its possible involvement in Wow Air’s operations, as announced on 20 March 2019, will not materialise.

“Therefore, all discussions between the parties have ended.”