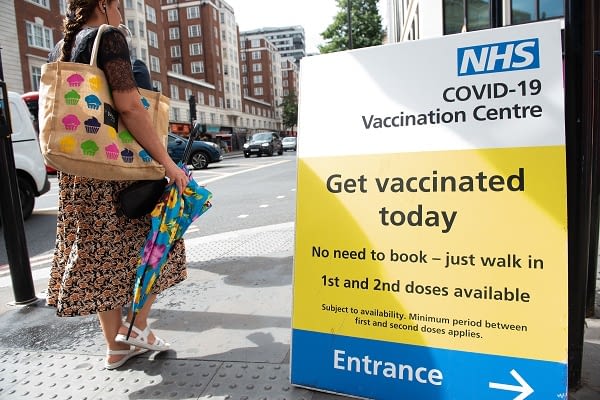 The World Health Organization (WHO) have said they are “monitoring” the new IHU variant found in France and have warned people to be “on the look out.”

The first case of IHU was found in Southern France and cases have been confirmed in the UK and the WHO have warned it has a “large number of mutations.”

The “new variant” was found in Southern France where 12 patients in the region who tested positive showed “an atypical combination” and the index case had travelled from Cameroon.

WHO Dr Maria Van Kerkhove said during a media breifing on Covid-19, “This variant…has been characterised as a variant under monitioring.

“Our understanding is it is not very well circulating.

“Within France, less 1% of the samples that were sequenced in France are of this particular variant.”

Despite this Dr Van Kerkhove has warned the public need to be “on the look out.”

Dr Kerkhove said, “The reason we classify it as a variant under monitoring is to raise awareness and for people to be on the look out for that.”

UK Health Security Agency (UKHSA) told Express.co.uk, “We are aware of a small number of cases of B.1.640 in the UK and have been monitoring this particular variant specifically since late October.

“As it is in the nature of viruses to mutate often and at random, it is not unusual for small numbers of cases to arise featuring new sets of mutations.

“At the present time, it has not been designated a Variant Under Investigation or a Variant of Concern.

“UKHSA is monitoring the domestic and international situation closely through our world-leading genomic surveillance.”

Dr Kerkhove insists that vaccines avaialble for Covid do “work against all variants that are circulating.”

She added, They [the vaccines] are highly effective at preventing severe disease and death.

“I think that is really imporatant for the public to know.

“When it is your turn, get vaccinated becasue vaccines save lives.”

Professor Ewan Birney, Deputy Director of the European Molecular Biology Laboratory, told Express.co.uk that the new variant has some similarities with the Omicron variant.

He said, “This [the new variant] does share many mutations with Omicron, but it has not expanded explosively across the world.

“As with all viruses with many mutations scientists keep a careful watch, but because this virus has not expanded it is not of high concern.”

The “emergence of the new variant” is officially named as B.1.640.2, which has been Dubbed the IHU variant and encompasses “present genomes and three other genomes,” including “two samples collected in England.”

“These observations show once again the unpredictability of the emergence of new SARS-CoV-2 variants and their introduction from abroad, and they exemplify the difficulty to control such introduction and subsequent spread,” the authors said.

Infectious disease specialist Vipin M. Vashishtha wrote on Twitter, “Omicron may not be the last worrisome variant of concern (VOC).

“Experts believe it to be as transmissible as Delta but causing more severe disease and more immune evasive than the former VOC.

“There are close to 1,000 cases detected so far and cases found in the UK and Monaco.”