Home Business News What’s it really like… to work at Warner Brothers? 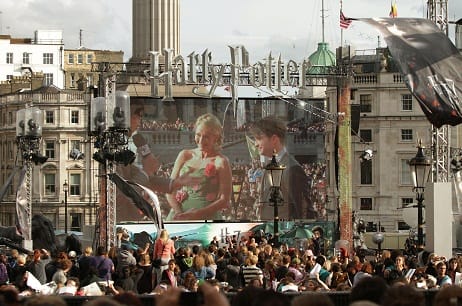 What’s it really like… to work at Warner Brothers?

This article is brought to you by our advertising partners, inmidtown

A landslide victory for inmidtown – the business improvement district representing the interests of over 300 businesses in Bloomsbury, Holborn and St Giles – as its ambitious five year plan was today given the backing of business leaders.

Over 88% of businesses – 256 in total – in Bloomsbury, Holborn and St Giles voted ‘YES’ (representing 90% of the businesses’ rateable value) securing the plan which will guarantee over £15 million of private investment for the area. Off all the BID business, 72% voted in the election.

The results are the highest recorded for any BID of this large scale in the UK.  Leaders in the business community include The British Museum, Olswang, Mitsubishi Corporation, MediaCom, Grange Hotels, Yahoo! and BUPA. Now, on 1st April the BIDs five year mandate will begin, securing Midtown’sposition as one of London’s most significant commercial districts and a major, globally renowned business destination.

The Mayor of London, Boris Johnson, said: “The continued success of the capital’s economy relies on ensuring our great city remains attractive and competitive in order to support businesses and attract new investment. London’s Business Improvement Districts make a very significant contribution to achieving that goal, and the five year plan set out by ‘inmidtown’ promises to deliver some remarkable improvements across an important part of our city.”

Dr Julie Grail, Chief Executive, British BIDs: “Given the hugely professional and dedicated team at Inmidtown, I was never in any doubt that they would secure a third term but their result today truly puts them at the top of their game. It is a phenomenal result, which is thoroughly deserved particularly the turnout, which is the largest seen for a BID of that size.”

Over the last 10 years – through the work of Inmidtown – the area has been building a reputation as a district that does things differently and has started to become one of the most talked about in London. Through initiatives which create a unique platform for businesses within the area to work together, the BID has been instrumental in driving forward its status as a thriving commercial centre.Key projects delivered included: innovative joint procurement projects such as ‘zero to landfill’ waste services; joint taxi and courier schemes; major initiatives such as the Midtown Big ideas Exchange [a series of innovative discussions and debates]; Crime prevention tactics and close working relationships with Transport for London to drive forward the improvement plans for Holborn tube station.

Tass Mavrogordato, Chief Executive of inmidtown, says: “With over £3.6 billion of private and public investment set to be invested into the area over the next three years, this is an exciting time for Midtown, With the ballot won our journey begins today to deliver an ambitious and exciting five year plan to support the transformation of this vibrant area for its businesses, workers, and visitors and residents who make Midtown the vibrant, dynamic destination that it is.”

She adds: “The imminent arrival of International Herald Tribune headquarters further cements the area’s vibrancy and location of choice for business and institutions in creative industries.”

The new five-year mandate will deliver a £15 million cash injection to fund a series of initiatives that will tackle local issues and ensure that Midtown is a great place to work and do business visit:

Councillor Phil Jones, Camden Council added: “The Council and business working together is an important part of ensuring Camden’s economy continues to thrive. With this in mind I am delighted that the businesses of Holborn, Bloomsbury and St Giles have given inmidtown a new five year mandate. I look forward to working closely with inmidtown on key projects over the next few years including public realm improvements, Holborn Underground station’s redevelopment and reforming the Holborn gyratory.”

Tony Matharu, Managing Director, Grange Hotels said: “Grange Hotels have enjoyed a long standing and much valued relationship with inmidtown. For over 10 years Grange Hotels and other local businesses have witnessed a transformation of the area; with businesses, workers, visitors and residents more connected and engaged with each other and each benefiting from the increased local vibrancy and activity. The BID has played a pivotal role in driving forward improvements and enhancements. Midtown is now a cleaner, safer and better place to live, work, visit and invest. I applaud the vision, passion and endeavours of inmidtown.”

Julie Rogers, Mitsubishi Corporation and Acting Chair of inmidtown: ‘We are delighted that Midtown is set to reach new heights over the next five years, building on the fantastic work that has already transformed the area into a London destination we are very proud of. There is such a diverse range of businesses here – from tech to arts and culture – which makes it a rich and inspirational place to work and we look forward to taking part in and benefitting from the future initiatives that inMidtown plans to implement.’

Midtown – the middle of town, bringing together Bloomsbury, Holborn and St Giles with the City in the east of and the retail district of the West End to the west – has undergone a radical transformation and become a vibrant sought after commercial centre. No longer the gateway between the City and the West End, Midtown has benefitted from billions of pounds of private and public investment funding major developments including the £350 million development of Centre Point and the £22 million Africa House; its rental values have risen from £40 per square foot to £72 per square foot, although they remain competitive [rents are still 14% below the West End], and daily visitor numbers have increased to over 1.5 million.

This article is brought to you by our advertising partners, inmidtown. For more information, visit www.inmidtown.org

Why all eyes are on Midtown, the super-hot London area attracting big names and multi-millions

VIDEO: What do Yahoo, Olswang and Grange Hotels all have in common?