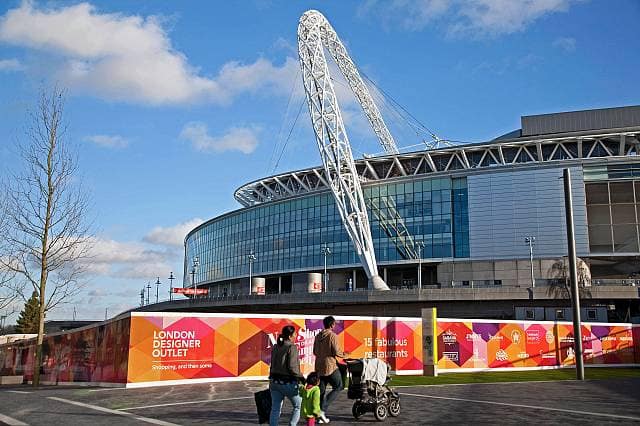 The Football Association is ready to sell Wembley Stadium to Fulham Football Club owner Shahid Khan in an £800m deal, according to latest reports.

Billionaire Khan, also the owner of the NFL’s Jacksonville Jaguars, has tabled a formal offer.

Khan is prepared to pay more than £500m in cash and allow the FA to keep the Club Wembley debenture and hospitality business that is valued at a further £300m.

While a deal has not yet been agreed, an FA spokesperson has told Sportsmail that a potential sale is in the pipeline: ‘We can confirm that The FA has received an offer to buy Wembley Stadium.’