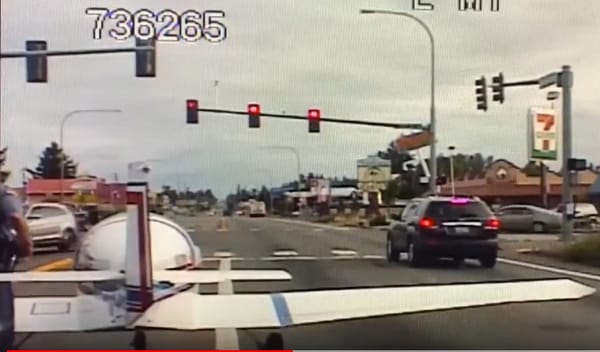 A small plane made an emergency landing on a busy road in Washington state.

Trooper Johnna Batiste said the pilot landed during a break in traffic after a fuel system failure caused the plane to stall.