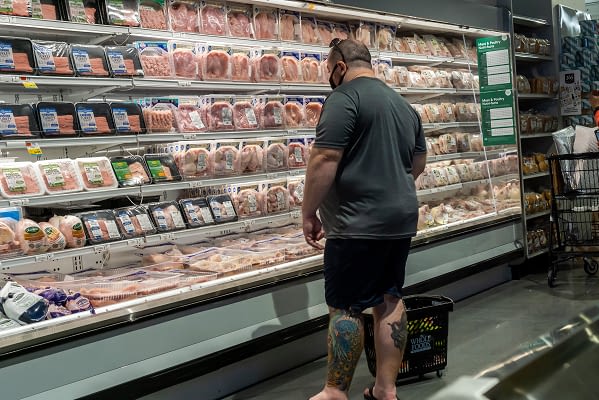 From Tuesday it will be compulsory to wear face coverings whilst in a shop or on public transport or you could facing steep fines.

Rules in Wales and Scotland have not changed their laws since it was compulsory to wear face coverings since 19 July.

The Health Secretary Sajid Javid has previously said he hopes that the new rules will be “temporary,” until the government finds out more over the new variant.

Aldi has announced that from Tuesday it will be “mandatory for everyone” to wear face coverings in any of their stores.

Aldi UK CEO Giles Hurley said, “The safety of our colleagues and customers is our number one priority.

“Following the latest government announcement, wearing a face covering will be mandatory for everyone that shops at Aldi from Tuesday, 30 November, except for those who have a medical exemption.”

The chief executive of the Association of Convenience Stores, James Lowman, said, “We are helping retailers to prepare for the change in face-covering rules, but they are extremely concerned about abuse against their staff from customers who don’t want to wear a face covering in a shop.

“We will continue to urge stores to communicate the rules, but not to challenge those who refuse to abide by the rules.”