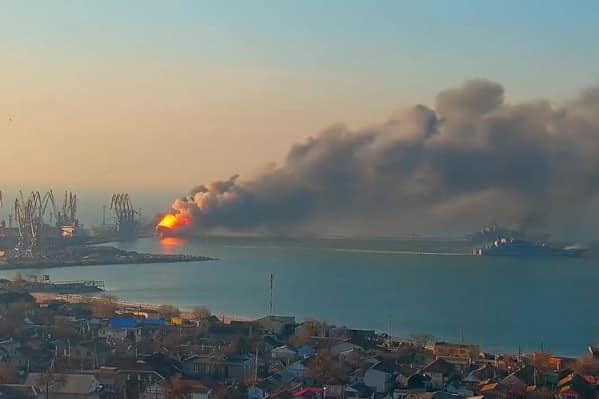 Calls for a ceasefire by Europe and the United States are completely inappropriate, now is not the time to agree to unfavorable “ceasefire proposals or peace agreements.”

The only time for a peace deal or a ceasefire should be only when “Russia suffers a major battleground defeat.”

The Ukrainian Foreign Minister Dmytro Kuleba said, “The truth is simple: Putin will not stop until he is stopped. That’s why calls for a ceasefire audible across Europe and America, are badly misplaced.

“This is not the time to accept unfavorable ceasefire proposals or peace deals.

“The task instead is to defeat Russia and limit its ability to attack anyone again in the foreseeable future.

“With sustained and timely assistance, Ukraine is ready and able to do so,” Kuleba said in an article for The New York Times.

He said Russia is pretending to be ready for a ceasefire, ‘The door to negotiations has never been closed,’ a Kremlin spokesman said last week. No one should be fooled. Whatever its officials may say, Russia remains focused on war and aims to ruin Ukraine and shatter the West.

“The sight of Odesa, hit by Russian missiles just hours after a deal was reached to allow grain exports from southern ports, should dispel any lingering naïveté,” Kuleba said.

He said for Putin, a ceasefire now would simply allow his depleted invasion forces to take a break before returning for further aggression.

The Ukraine are fully aware that the Kremlin are “preparing evacuation plans” for Putin as he is losing in Ukraine which is looking likely on multiple fronts.

Putin is also very “very aware of the possibility of a sharp change of mood in” Russia as the economy has collapsed, businessmen and oligarchs have turned against the Russian leader.

The head of the Foreign Ministry said that no one but Russia needed this war, and no other country craves peace more than Ukraine.

“But a lasting, durable peace — rather than the time bomb of a frozen conflict — is possible only after Russia suffers a major battleground defeat. That’s why Ukraine must win. Only then will Putin seek peace, not war,” Kuleba said.

“Practically, this means strengthening Ukraine militarily, by speeding up deliveries of advanced artillery pieces and armored vehicles, and economically with additional financial assistance. Sanctions should be increased, too, targeting Russian exports, banning its banks and restricting its access to maritime trade. Some might cavil at the price of such support.

“But the alternative, of an emboldened Putin, is much worse,” Kuleba added.