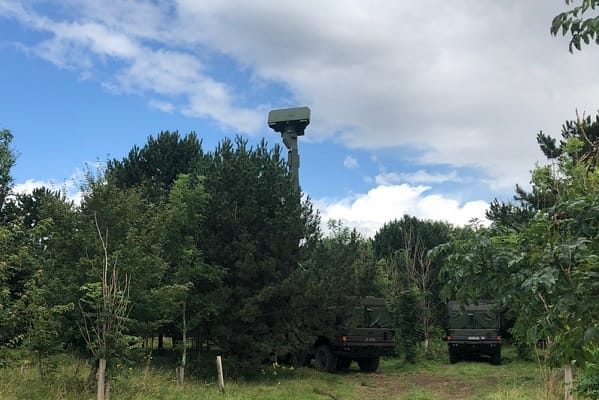 The British Defence Secretary Ben Wallace has announced on Thursday that the UK are to send more troops and an anti-air missile systems to Poland to protect “her airspace.”

NATO are beefing up their security and defence along the Polish border on the eastern flank following the cruise missile bombing of a military base near to the country’s border.

Wallace said on Thursday during a visit to Warsaw, Poland that Britain will deploy its Sky Sabre missile system along with a further 100 British troops.

“We are going to deploy the Sky Sabre medium-range, anti-air missile system to Poland with about 100 personnel to make sure that we stand alongside Poland, protecting her airspace from any further aggression by Russia,” Wallace told a news conference.

The Sky Sabre radar and missile system can hit an object the size of a tennis ball travelling at the speed of sound, which will positioned along the 240km-long “no-cross air line” along the entire length of the Polish-Ukraine border.

The Sky Sabre missile system can fire up to two dozen missiles to intercept a swarm of targets in the sky.