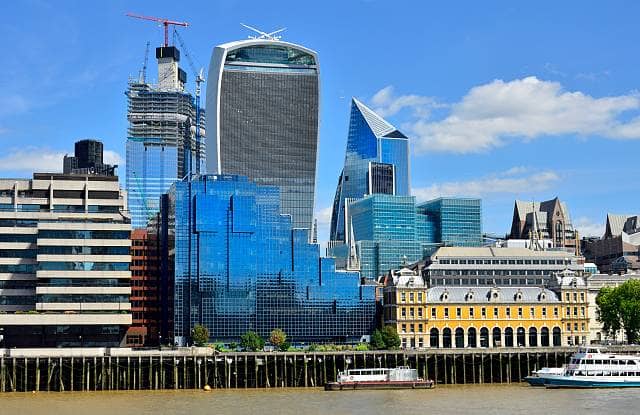 Almost one in three of the UK’s largest businesses are leading the way in the world’s transition to a low carbon economy, committing to align with UK Government ambitions and eliminate their contribution to climate change by 2050.

As of today, 30 of the UK’s FTSE 100 companies have signed up to the United Nation’s Race to Zero campaign – the largest ever global alliance committed to achieving net zero carbon emissions by 2050 at the latest, backed with science-based targets, with many opting to go even faster.

Overall, 30 FTSE100 firms have now signed up to the Race to Zero, meaning pledges have doubled in the past 5 months. These companies include AstraZeneca, BT Group, Sainsbury’s, and Unilever and in total represent a total market capital of £650 billion.

Globally, more than 2,000 companies of all sizes have joined the UNFCCC Race to Zero so far, and around a third of these of these are British businesses from across sectors such as transport, technology and finance – putting the UK at the front of the pack internationally.

With the upcoming UN Climate Summit COP26 in Glasgow later this year, the government is today calling on more businesses in the UK and around the world to take urgent action on their carbon emissions by signing-up to Race to Zero and setting out clear pathways to get to net zero.

Business and Energy Secretary Kwasi Kwarteng said, “Businesses wield incredible influence to drive change across society and the economy – we need to harness this power to fight climate change.

“UK businesses are already leading the way in cutting carbon emissions and building back greener – it is fantastic to see so many of our biggest companies already pledging to reach net zero.

“But more can be done, and so today I am calling on more fantastic British companies to step up, follow suit and pledge to join the fight against climate change.”

Businesses taking action on climate is vitally important in achieving the UK’s goals to tackle climate change by 2050, from cutting emissions in their supply chains to opting for sustainable business practices. The government has put in place measures that encourage businesses to reduce their emissions, including last year appointing Andrew Griffith as Net Zero Business Champion to spur companies to make ambitious climate targets.

UK FTSE100 companies who have signed up to Race to Zero include:

UK Net Zero Business Champion Andrew Griffith said, “Since firing the starting gun on the year-long road to Glasgow a few months ago, we have seen an accelerating rate of the UK’s largest and most successful businesses taking action on climate.

“Today’s news of 30 of the FTSE100 joining the Race to Zero makes the UK a global leader on tackling emissions with British companies representing a third of those signed up globally. It shows what can be done but in the months running up to COP26, every board should engage on this vital topic.”

UK Government is committed to supporting businesses transition to a clean, green economy and helping them put in place environmentally friendly operations, so they are fit for the future.

Through UK Government support packages such as the recent Industrial Decarbonisation Strategy and North Sea Transition Deal to protect jobs and businesses in transitioning industries, aligning UK international support for the shift to clean energy, and the expansion of the plug-in electric vehicle grant scheme, the government is aiding an orderly transition to a green economy, ensuring the UK maintains its energy security of supply, supports high-value jobs, and safeguards the expertise necessary to achieve a lower carbon future.

Government actions to support businesses ahead of COP26 include the Business Leaders Roundtables chaired by COP President Alok Sharma, the work of UK Net Zero Business Champion Andrew Griffith to help the business community embrace the opportunities of the green industrial revolution, and the Together For Our Planet campaign which celebrates businesses making climate commitments and inspires more to join them.

Since his appointment in November 2020, Andrew Griffith has written to every UK FTSE100 company, engaged directly with 77 of their Chairman or CEOs and presented to thousands of businesses of all sizes at virtual events across the UK. This has contributed to British companies and investors Race to Zero pledges increasing to over 700, representing an increase of 241% in just six weeks.

Today’s announcement comes ahead of the UK hosting the Business 7 Summit (B7) in May, as part of its G7 Presidency, where committing to action to tackle climate change will be a key focus.

Nigel Topping, UK High Level Climate Champion for COP26 added, “With over 15% of the global economy – and now 30% of the FTSE100 – in the Race to Zero, we are close to a critical inflection point, with credible net zero commitments fast becoming the new normal. If they don’t join soon, the companies that have so far failed to engage with climate change risk falling behind the curve.”

The UK is already seizing the economic opportunities to be gained in leading the green revolution, with 460,000 jobs already based in low carbon businesses and supply chains across the country and low carbon exports already worth billions of pounds each year.