Home Business News ‘The great Jubilee Flee!’ Now Eurostar erupts into chaos with queues of hundreds of passengers ‘line around the block’ 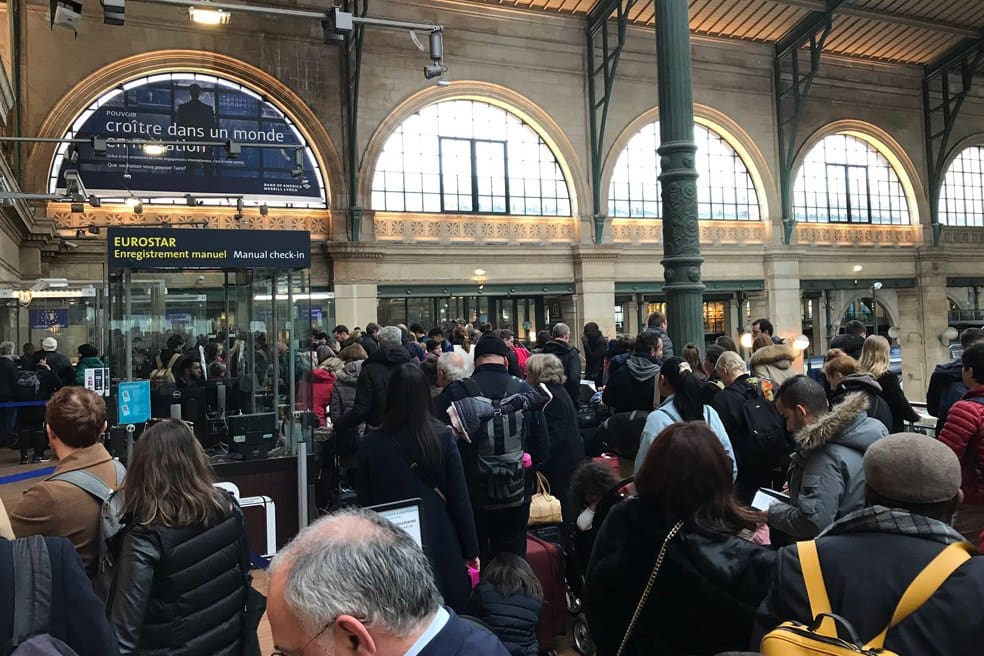 ‘The great Jubilee Flee!’ Now Eurostar erupts into chaos with queues of hundreds of passengers ‘line around the block’

Queues with hundreds of passengers at Eurostar at London St Pancras terminal were seen on Wednesday amid a “technical fault.”

On Tuesday Eurostar was hit with a fault on one of the service’s trains for passengers heading to Paris and then on to Brussels.

A Eurostar spokesperson said the delays were caused by a “technical fault” and then on Wednesday they said, “Our stations are very busy today. Passport and security checks are taking longer than usual due to technical issues.

Insane long queues for Eurostar at St Pancras 🚂 zigzagging the entire length of the station and more. I hope everyone who wants to get away managed to do so. Bon chance! pic.twitter.com/eLB1Z1D7Fh

“Please arrive at the ticket gates at the time shown on your ticket as normal. Thank you for your understanding.”

The excessive waiting times caused passengers to take to social media as queues stretched around the station.

A Twitter user said, “If you thought the travel chaos was limited to airports, think again.

“This is the queue this morning out of the station, along the road and round the corner for Eurostar.”

Chaos at #stpancras for passport control at #eurostar. Queues right round the block. Nothing to do with #brexit. This is perfectly normal. #brexitdividend pic.twitter.com/QmGp2moRGS

“Lines around the block at St Pancras for the Eurostar out of the UK.”