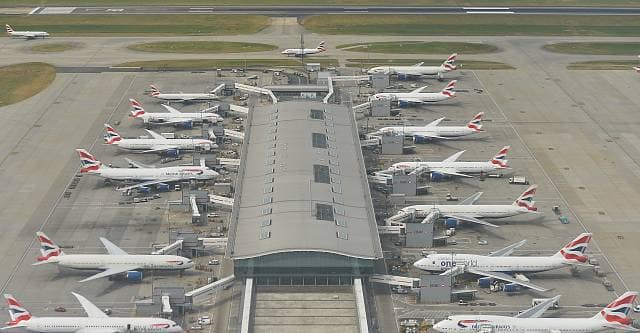 The UK’s Civil Aviation Authority (CAA) has announced, “as a precautionary measure” Boeing 737 MAX aircraft are banned from operating in, of over UK airspace.

The CAA made their decision following Ethiopian Airlines crash that killed 157 people on Sunday, and a Lion Air crash five months ago in Indonesia.

In a statement the CAA said, “The UK Civil Aviation Authority has been closely monitoring the situation, however, as we do not currently have sufficient information from the flight data recorder we have, as a precautionary measure, issued instructions to stop any commercial passenger flights from any operator arriving, departing or overflying UK airspace.”

The UK has joined the long list of other countries who have suspended or banned the Boeing 737 MAX. Tui Airways who operate the Boeing MAX 8 confirmed in a statement, all 737 MAX 8 aircraft are now grounded following the CAA’s decision on Tuesday.

Tui said in a statement on Tuesday, “Any customers due to fly home today on a 737 MAX 8 from their holiday will be flown back on another aircraft.

“Customers due to travel in the coming days will also travel on holiday as planned on other aircraft.

“The safety and well-being of our customers and staff has remained our primary concern.”

Norwegian Airlines has also suspended all flights using the Boeing 737.

Tomas Hesthammer, acting chief operating officer for Norwegian Airlines said, “In response to the temporary suspension of Being 737 MAX operations by multiple aviation authorities we have taken the decision to not operate flights using this aircraft type, until advised otherwise by the relevant aviation authorities.

“We would like to apologise to customers for any inconvenienced caused, however, safety will always remain our top priority.”