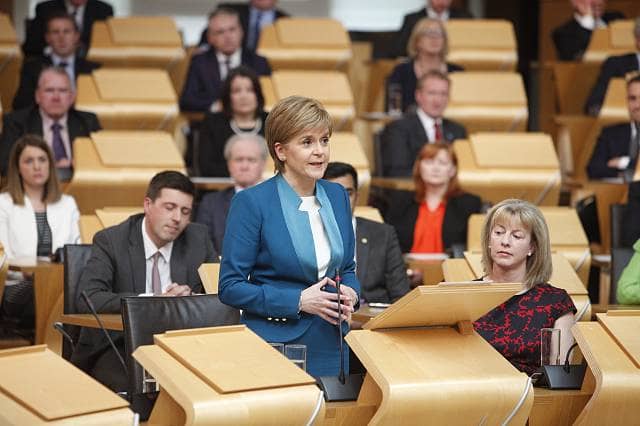 Indyref could happen next year

The First Minister for Scotland, Nicola Sturgeon has won her vote for a second referendum at Holyrood this afternoon. The vote passed with 69 to 59 votes.

The Scottish first minister, told a debate before the vote, that she was not seeking any confrontation with the UK government, and wants “sensible discussions.”

Ms Sturgeon said: “My argument is simply this, when the nature of the change that is made inevitable by Brexit becomes clear, that change should not be imposed upon us, we should have the right to decide the nature of that change.”

“The people of Scotland should have the right to choose between Brexit, possibly a very hard Brexit or becoming an independent country, able to chart our own course and create a true partnership of equals across these islands.”

She went on to say: “I hope the UK government will respect the will of this parliament. If it does so, I will enter discussion in good faith and with a willingness to compromise.”

“However, if it chooses not to do so I will return to the parliament following the Easter recess to set out the steps that the Scottish government will take to progress the will of parliament.”