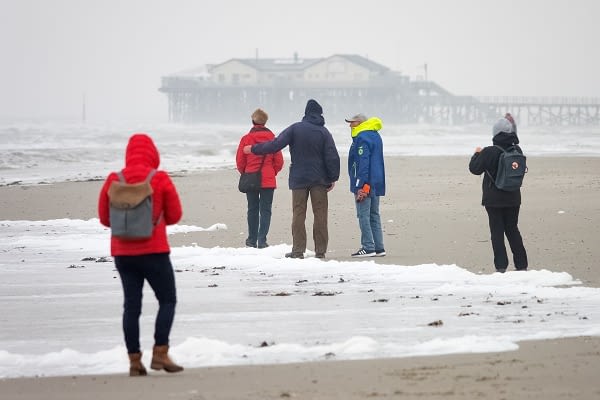 Almost 50,000 homes are without power on Tuesday as Storm Barra is almost turning into a 1,000 mile wide “weather bomb.”

According to ESB networks there is roughly 49,000 homes without power as of 12:45pm as gale force winds are damaging electricity networks as falling trees are ripping overhead power lines.

ESB said that crews will respond to the electricity outage when it is safe to do so.

Spotted in Kilkenny today…. Do you know what, perhaps @DonnellyStephen was right… If a child had been on that they'd be absolutely mangled. #StormBarra @newschambers pic.twitter.com/HUtoDWKkpp

The Met Office has warned of a red wind alert which will remain in place until 9pm on Tuesday night.

Cork City council are strongly advising residents to remain at home as winds are to reach between 80 and 130kn per hour.

They said, “an intense period of severe wind” is expected over the next few hours and there are flood warnings in place.

Wow! What incredible footage taken from inside of the lantern of the Fastnet Rock Lighthouse this morning during Storm Barra. #StormBarra Great Lighthouses of Ireland https://t.co/GAVbOgnSqZ via @FacebookWatch

Ireland’s Housing Minister warned on Tuesday afternoon that the worst winds are yet to come as Storm Barra takes a grip.

Minister Darragh O’Brien said, “We are only halfway through. The winds may increase, and are projected to do so later in the day and into the evening.

“Not that there’s any sense of complacency. The public have responded really well, but just to be on their guard.

“I think people should be on their guard throughout today and into tonight.”