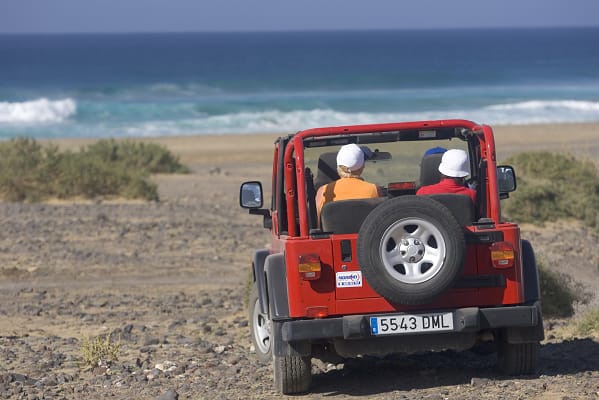 The Spanish government plans on asking the European Union to get rid of the 90-day rule that prevents UK residents from visiting the country for longer periods, as they accounted for 20% of the country’s tourists before Brexit.

Visitors from non-EU countries are only allowed to stay in the Schengen area for a period of 90 days every six months without a visa, blocking travellers from the possibility of staying indefinitely. This affects the amount of visitors that Spain can host from the UK, as around 17 million out of the 84 million year tourists came from the UK before Covid-19.

“The restriction against tourists from the United Kingdom works against Spain’s interests,” said Spanish Tourism Secretary Fernando Valdés in an interview with iNews, pointing out the negative effect the current 90-day rule has had on the country’s tourism sector after Brexit.

In the interview, Valdés said that “Spain is set to ask the EU to exempt British tourists from the current rule,” giving them the opportunity to stay in the country for longer periods as they were previously able to.

“The rule is not something Spain established itself, so we can’t get rid of it ourselves,” the Spanish Tourism Secretary said. “We can help to work on an exception, but the solution must come from European authorities,” Valdés concluded.

In the first quarter of 2022, only 1.8 million Brits visited the country, indicating a decline in tourism. With the tourism industry accounting for 12% of Spain’s GDP, the sector feels the need to put pressure on the EU to change the rule.

According to Mohammad Butt, Barcelona Office Director, Lucas Fox, sales to UK and international investors were up year on year, across Spain’s top locations including Barcelona, Sitges and Ibiza.

“Many Brits that own property in Spain do not have residency and the 90 day restriction forbids them from staying for longer periods. Before Brexit, second homeowners without Spanish residency were used to spending six months at a time at their homes in Spain, as they enjoyed some winter sun. But with the 90-day rule now being enforced more strictly by the Spanish authorities, such lengthy stays in Spain are no longer possible without residency.

“The 90 day rule applies across the EU, but if an individual wants to spend more than 90 days out of 180 days in the EU, they will need to apply for some form of visa.  The easiest way is to purchase a property and acquire a Golden Visa. The process is extremely straight forward and providing you have no criminal record from your home country and can demonstrate you can financially support yourself and dependants you will have no issues.

“Over the last 12 months, we have seen a steep rise in UK investors buying property in Spain, with 56% of sales completed for a primary residence, while 10% were for second homes, and the remaining 34% were investments including ‘Golden Visas’. The average homes completion price in the Barcelona area was €977,000.

“The Golden Visa programme makes for an interesting investment, as the Spanish government has maintained the initial investment level at just 500,000 euros, which is extremely low. Investors have the opportunity to purchase a property and immediately secure tenants, bringing in rental income from day one.  They can then apply for the Golden Visa, which allows free movement within the Schegan Zone for investors and their immediate family.”

“Benefits of residency in Spain includes visa-free travel; the potential to own a home in a key property market; access to Spain’s excellent infrastructure, including access to some of the best international schools in Europe. Applicants that qualify can bring their spouses and any dependent children with them and residents will have a right to work in Spain.”