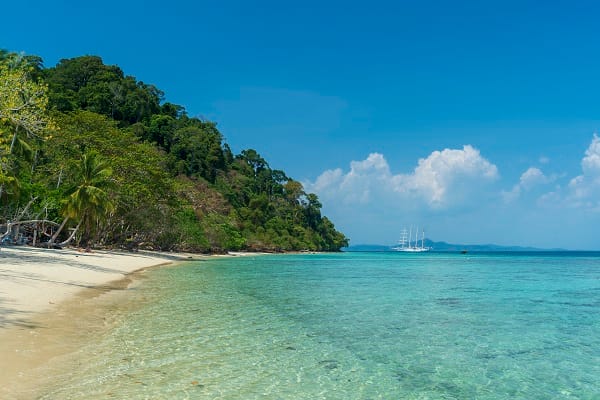 Thousands of Russian holidaymakers have been left stranded in Thailand trying to get back to Russia but sanctions on the country has affected direct flights and are also financially hit by Mastercard and Visa suspending operations.

Thai officials said on Sunday that the global sanctions has affected return flights by Aeroflot as all tickets were cancelled.

Since the invasion of Ukraine Russian businesses, banks and airlines have all been hit by sanctions and many Western companies have suspended business in Russia.

Putin’s crippling economy delivered yet another blow as Mastercard, Visa and PayPal cut services in Russia

Tourism Authority of Thailand (TAT) official Chattan Kunjara Na Ayudhya said there are 3,100 Russians stuck in Phuket, with more than 2,000 were in Samui and there are smaller numbers of Russian tourists stranded in Krabi, Phang Nga and Bangkok.

TAT are working on trying to get the stranded Russian’s back home and the Ministry said there are “discussion on return flights which could be regular or special flights.”

Many tourists have also been hit by Visa and Mastercard as they suspended their operations with all Russian banks.

“We have seen instances of difficulty in card payments by Russians in Phuket due to how Mastercard and Visa have suspended services in Russia,” said Bhummikitti Ruktaengam, president of the Phuket Tourist Association.

“We are very nervous because the children are very small, we don’t have enough money to live here,” she told MSN who is with her husband and children aged seven, four and two on 27 February 27.

“We want to go tomorrow to the airport, but I don’t know what the situation will be,” she said from Phuket, adding that they were supposed to fly home March 28.

“They say that they cannot do it and put the phone off,” she said.