Home Business News Russia are ‘hiding their war crimes’ of rape, torture and mutilation as a second mass grave found with at least 1,000 dead 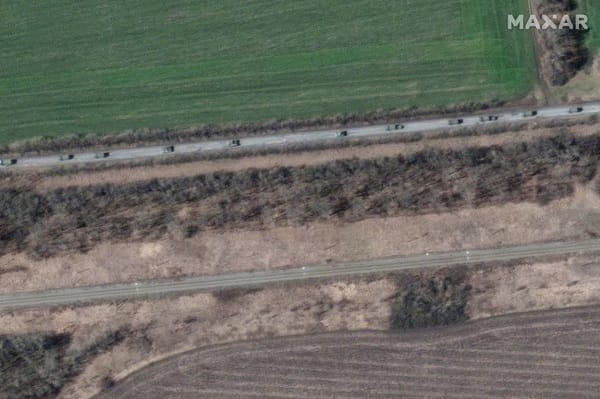 Another mass grave has been found on Saturday with at least 1,000 dead bodies outside the besieged city of Mariupol.

Russian forces are burying dead civilians in mass graves in an attempt to “hide their war crimes” of rape, torture, mutilation and then execution.

City officials in Mariupol fear that around 1,000 civilians are buried in the grave which was found near to the village of Vynohradne.

New satellite images shows over 200 mass graves near Mariupol and officials accuse Russia of burying up to 9,000 Ukrainians

Vadym Boychenko the Mayor of Mariupol has accused Vladimir Putin’s troops of “hiding their military crimes” by moving bodies by the “truckload” to neighbouring villages outside of the besieged city.

The Mayor said, “The bodies of the dead were being brought by the truckload and actually simply being dumped in mounds.”

the Ukrainian General Staff said, that “Units of Russian occupiers are regrouping. Russian enemy continues to launch missile and bomb strikes on military and civilian infrastructure.”

On Friday satellite imaging firm Maxar Technologies had released grim images which shows more than 200 mass graves at an existing cemetery in the town of Manhush.

Local officials have accused occupying Russians of burying around 9,000 civilians to hide their war crimes in Mariupol.

Maxar said in a statement the mass graves were dug in late March which had recently expanded as more civilians have been killed.

Mariupol Mayor Vadym Boychenko accused the Russians of “hiding their military crimes” by taking the bodies of civilians by the “truck load” from the city and burying them in Manhush which is around 20km from the besieged city.